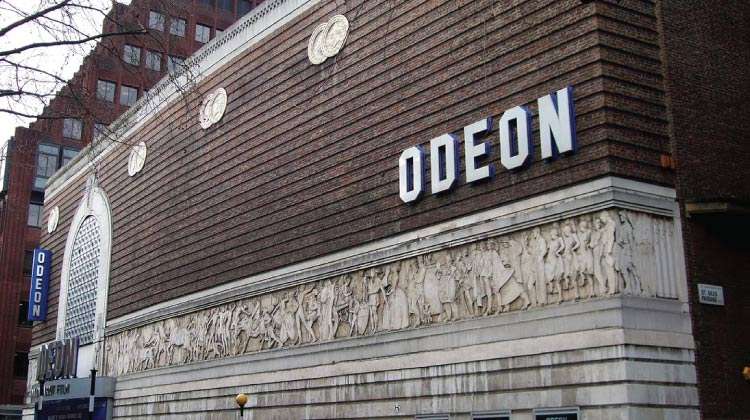 The Theatres Trust announced today that Camden’s Planning Inspectorate has issued a statement following a Public Inquiry to dismiss two appeals relating to the Grade II listed building. The planning applications proposed to convert the building into a hotel, with a cinema in the basement. The original planning application was refused by London Borough of Camden in 2019.

The building is currently being used by Odeon as a cinema.

The original Saville Theatre was designed by TP Bennett and Son with input from notable theatre architect Bertie Crewe. The building features a large, 40m frieze that runs across the entire front by Gilbert Bayes, depicting ‘Drama Through the Ages’, and is considered to be one of the most important works of public sculpture of the 1930s.

It operated as three-tiered, 1,426 seater theatre and concert venue from its opening in 1931 to 1969, when it was sold to EMI to be converted into an ABC cinema. At the time there was much regret at its loss as a theatre, which helped galvanise the debate about theatre protection and which led to the Theatres Trust being formed six years later.

The Saville’s first production was a play with music called For The Love Of Mike by H.F. Maltby, and other notable productions included Up and Running by Firth Shephard – which reopened the venue after bombing damage in 1941 and ran for 603 performances; a musical of the Pickwick Papers in 1963 starring Harry Secombe, which proved a smash-hit and ran for two years in the West End and went on to Broadway; The Solid Gold Cadillac starring Sid James and Margaret Rutherford in 1965; and the London première of The Resistible Rise of Arturo Ui in 1969 which acted as a springboard for Leonard Rossiter. The last play performed at the theatre was Enemy by Robert Maugham, opening for a short run in December 1969.

In the mid-1960’s, Beatles manager Brian Epstein took over the venue and it enjoyed a number of years of success with plays and rock concerts, including performances by the Beatles themselves, Chuck Berry, The Jimi Hendrix Experience, Nirvana, The Bee Gees, and The Rolling Stones.

Part of the Theatre Trust’s justification for maintaining the building as an entertainment venue was that there is need and demand for additional large-scale theatre space within the West End, for which the Saville provides the last realistic opportunity to deliver due to its size, internal volume, access and its existing cultural use.  Much of the fly grid and other original features of the theatre still remain in the building; and it’s unknown how much of the original Art Deco decorative scheme may still remain beneath the new fabric of the cinema. The original theatre meant to be very opulent, with the bar and lounge featuring mural paintings and decorations by Mr A. R. Thompson.

Conclusions from the Inspector’s final report included that “re-provision and replacement of a cinema facility has not been justified” with “insufficient evidence to show a lack of demand in the existing facility”, and that the harm from the scheme would be “considerable given the fundamental change from a single cinema/theatre use” along with “the loss of important surviving features”.

The Trust’s National Planning Adviser Tom Clarke said, “Theatres Trust is delighted with this outcome, following months of hard work preparing evidence to ensure we could robustly protect this important building.  There is every potential for live performance use to return to the Saville one day, and we believe the Inspector’s decision not only protects this building as a heritage asset and emphasises the need to fully justify loss of cultural provision but also recognises how cultural and performance use of the site contributes to wider strategic objectives such as maintaining the vitality of Theatreland and the West End.”

Check out more history on the Saville at ArthurLloyds.co.uk. 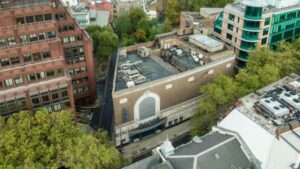