There’s got to be a first time for everyone, even West End stars. Here’s the low-down on multi award-winning actress Tracie Bennett and her first key show-biz experiences – including reading reviews, her first job and a brush with fame that changed her forever.

My first audition was for Umbrellas of Cherbourg in the West End! I got the lead because they told me I looked like the girl in the film. But in those days you had to have 42 weeks on your equity card in order to even work on a West End stage so I couldn’t do it. Oh how times change!

My first job, apart from the paper round and packing ice pops into boxes in the summer hols, was for Liptrotts Fruit and Veg on the markets up North. It was hard graft but I loved it, apart from the humongous spiders in the bananas. It was great earning your own money every Saturday as a kid and it kept me very fit. £4 a day and a box of fruit and veg to take home on my shoulder for my Mum! But there were no computerised tills back then so I had to work everything out in my head and we froze to near death in the winter. I used to give little old ladies an extra potato or orange on the sly! Truly happy days.

My first kiss was with a lad called Jamie from Scotland who came down to see relatives one summer. Can’t remember how old I was but he looked like a mini Bay City Roller! Shame I was into David Cassidy at the time but I did go out with a Cassidy lookalike a few years later. We used to go pub crawling, Northern soul dancing and have a curry after. A proper Northern, heavenly night out. The innocence…

My first time on stage was playing Rachmaninov with an orchestra when I was ten. I went to the Royal Northern School Of Music. I was totally crap on the piano but I liked the lessons, discipline and the challenge. It never took to me though – however hard I tried. Shame. I have a lot of musician friends to this day and in my head I feel more like a musician than an actor.

My first bad review was for Educating Rita. It said that I strutted around the stage like a crap in a steel corset. I howled with laughter. Brilliant!! I was just 21 and far too young to play her. But then I read another review and it was really complimentary, saying how fabulous I was – the exact opposite of the other one. Consequently, I have never read reviews. Who do you believe? What can you learn from them?

My first big break in telly was, I suppose, Coronation Street. But before that I did Going Out for Phil Redmond, which people still remember. All the London actors were in it and I was a bit scared but I had a great bed scene with the lovely Perry Benson who is fab in This is England. Hilarious. The Street only had a few of us in those days and I was thrown in at the deep end with six cameras and long speeches, but it was a genius training ground. I learned so much, except perhaps how to deal with 30 million viewers knowing who I was.

My first celebrity encounter was meeting Leslie Crowther. I was about six and on holiday in Paignton. Crackerjack was a massive children’s programme back then and he was in a boxing ring-type thing on the seafront signing autographs for everyone. So I queued up for three hours on a hot day, whilst my family played crazy golf nearby to keep an eye on me. I was soooo excited, but when it was finally my turn he shouted at me for not having a pen or a fiver for the charity he was signing for. I was so upset when he told me to go get the money and queue up again. A fiver was a lot of money back then! I went back to my Dad to tell him what had happened, and he very nearly went to kill him! I believe that I’d be good with fans even if this hadn’t happened, but after that I have always given more time than I might have done because I remember the devastation and humiliation I felt.

Tracie Bennett is starring as Judy Garland in End of the Rainbow at the Trafalgar Studios in London from 15 November. Peter Quilter’s play, directed by Terry Johnson, combines humour and heartbreak to capture both the drama of Garland’s final performances in London and her controversial life off stage.

Book tickets to End of the Rainbow at the Trafalgar Studios 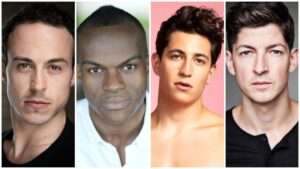 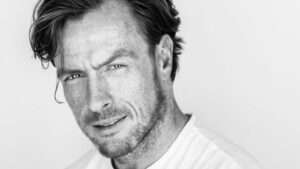 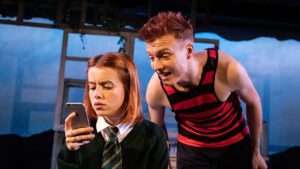 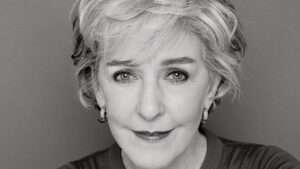