Broadway News: 9 to 5, Spider-Man and more

We await the opening of Dolly Parton’s new musical 9 to 5 with more than a little excitement. Scheduled to start previews on 24 March at the Marquis Theatre on Broadway, the reviews for its pre-Broadway LA outing at the Ahmanson Theatre weren’t overly glowing but we still think this is going to be a big crowd-pleaser. And with Allison Janney (The West Wing) starring as Violet – the role created by Lily Tomlin in the hit movie, plus all the songs penned by Dolly, we can’t see how this could go wrong.

Jane Fonda starred in the original movie version of 9 to 5 but obviously could not be tempted to resurrect her role in the Broadway show – opting instead for new play 33 Variations by Moisés Kaufman – which is now in previews at the Eugene O’Neill Theater (replacing recently closed Spring Awakening), with the opening night on the 9 March. The play revolves around a mother (Fonda) coming to terms with her daughter against a composer coming to terms with his genius – all separated by 200 years. Also starring is Colin Hanks – Tom Hanks’ oldest son.

Is Spider-Man about to come to the rescue of Broadway?It seems so, as next year will see a major new musical featuring the comic book superhero, directed by Julie Taymor (The Lion King).The infamous Marvel Comics creation will feature in Spider-Man: Turn off the Dark which is being penned by Taymor and playwright Glen Berger with music by Bono and The Edge from U2.

It promises designs and theatrical set pieces never seen before on stage and if it succeeds on Broadway there is sure to be a West End transfer for the show.The show will feature choreography by Daniel Ezralow, scenic designs by George Tsypin (The Little Mermaid), and costume designer Eiko Ishioka (Bram Stoker’s Dracula).

We await casting news with baited breath. Also slated for next year is a new take on TV and movie hit The Addams Family. It seems likely that the trend for seeing movies on stage is only going to increase as the recession continues to hit Broadway.

Starting previews tomorrow is Blithe Spirit, Noël Coward’s classic comedy at the Shubert Theater on Broadway. Our very own Rupert Everett heads the cast as a successful novelist haunted by his biggest fan — his deceased first wife. Angela Lansbury also stars as the inimitable Madam Arcati. Directed by Michael Blakemore. 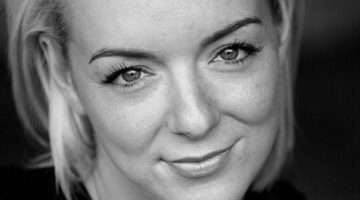