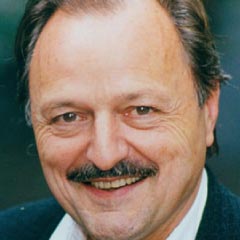 How Peter Bowles manages to remain suave and dashing at 73 is anyone’s guess, but the consummate actor has maintained an air of sophistication matched with cheeky bravado ever since playing Richard DeVere in BBC sitcom To The Manor Born.

His co-star in the much-loved TV series was Penelope Keith, who he now joins on stage in a new production of Sheridan’s comic masterpiece The Rivals at the Theatre Royal Haymarket, directed by Sir Peter Hall.

Peter Bowles has racked up countless TV and stage roles since he graduated from RADA, including Only When I Laugh, The Bounder and The Irish RM for TV, and Separate Tables, School For Wives, The Misanthrope, Major Barbara and most recently The Browning Version and Swansong, also directed by Peter Hall, for the stage.