Grand Dame of BBC comedy is back in the West End 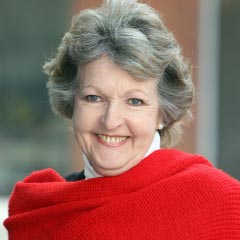 From her fabulous turns as Margo in The Good Life and Audrey Forbes-Hamilton in To The Manor Born, Penelope has been a mainstay of British TV for decades.

She is also an accomplished stage actress having covered everything from Entertaining Angels, The Importance of Being Earnest and The Merry Wives of Windsor, to Relatively Speaking and Blithe Spirit.

And now she joins her To The Manor Born co-star Peter Bowles for the first time on stage, to play Mrs Malaprop in Sheridan’s witty comedy The Rivals, in a new production by Peter Hall.

Go Pen, we love you.