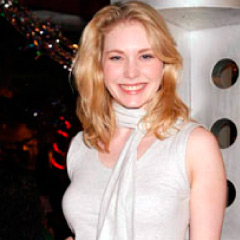 Emma made her West End stage debut as Truly Scrumptious in the original production of Chitty Chitty Bang Bang at the London Palladium, co-starring with Michael Ball – who is producing the West End transfer of Love Story.

She went on to star in Desperately Seeking Susan at the Novello Theatre, Zorro at the Garrick Theatre, and opposite Bryn Terfel as Johanna in Sweeney Todd at the Royal Festival Hall. Earlier this year she originated the role of Jenny in Love Story at the Chichester Festival Theatre. Emma’s film and TV work include Heartbeat, Where the Heart Is, Bleak House and Cosi.