Cirque Du Soliel returns to London with its strongest show in years.

Cirque du Soleil returns to London’s Royal Albert Hall with the spectacular and thrilling European premiere of Luzia – a waking dream of Mexico.

Marking 30 years of since Cirque du Soleil first brought its captivating magic and awe-inspiring acrobatics to the UK, Luzia celebrates the culture, tradition and majesty of Mexico with mind-blowing signature acts unforgettable spectacle for all ages.

“Luzia is fresh and invigorating after the disappointments of the last few shows. The corporate soullessness that has anaesthetised many productions has been replaced by something approaching joy.”
“Beautifully designed with a huge petalled disc at the rear representing the sun and the moon and orange marigolds carpeting the edge of the stage, Luzia also benefits from a superb band of musicians.”

“The Swing to Swing climax is spectacular and thrilling. Performers leap across from two fairground swing boats with increasingly complex and dangerous moves. The moment when two girls crossed over in mid air brought a collective gasp from the audience. Now that’s what I call a true circus moment.”

“On such a grand scale, there’s inevitably a level of generic anonymity, here backed by Mexican-flavoured world muzak and a bit too much clown filler. But Luzia is one of the company’s stronger shows and also brings surprises and engaging, tongue-in-cheek characters”

“Most joyfully awesome to witness is the swing-to-swing: two huge swinging platforms that acrobats launch themselves between, twirling, twisting or just seemingly floating, suspended high in the sky. This is the effortless, heart-stopping skill you go to see Cirque for – the times when bigger really is better.”

“From balancing acts to skilled tumblers jumping through hoops dressed as birds, there are plenty of high-octane stunts for everyone.”

“Between captivating moments and big stunts, there are segments where it’s difficult to know where to look as there is so much happening on stage, around the audience and in the air. Luzia really is a feast for the eyes, and the perfect entertainment to brighten up the dull winter months.”

“Cirque du Soleil’s ability to frame boggling physical feats against images of great beauty proves undimmed in their 30th year visiting London. In Luzia, the company throttles back on the winsome clowning that used to be so irksome in their shows.”

“Humans flinging themselves from one chair-swing to another showcase not just physical but extreme mental dexterity. Shelli Epstein, who opens the show running down a travelator with butterfly wings billowing up into the roof, ends it with a series of impeccably precise somersaults that take her almost as high — you’ll believe a woman can fly.”

” Luzia is a typical example of the Canadian franchise that has assumed multiplex movie proportions. A waking dream of Mexico is the subtitle, with light and rain forming dominant motifs as the vaguely south-of-the-border music thumps away. Production values remain grandiose, colourful and occasionally breathtaking, but there are soft-focus longueurs too.”

“The splendour and scale of the venue elevates the epic, dreamlike quality of the action, rendering some stunning visual set pieces. A corde lisse artist twirls endlessly beneath a cascading sheet of water; reptilian pole dancers slither down from the canopy of a luscious rainforest; an adagio acrobat is flung through the red haze of a steaming dancehall.”

“The score sits well with the impressively sharp choreography, but slips too easily into the characterless rhythms of world music. The maraca-infused tracks sound like they have been lifted from the playlist of a Latin-themed bar, lacking the authenticity and scope that makes the visual storytelling so compelling.”

“Luzia’s blend of charming narrative mythology and mind-bending stunts, including a breath-taking sequence on the Russian swings, makes it an event worth shelling out for.”

“You always know what you’re getting with Cirque du Soleil, but this Mexico-themed show is one of the Montréal circus giant’s strongest.”

“The acrobatics are on the old-school side: juggling, a contortionist, some people dressed as hummingbirds jumping through hoops. But the skill levels are through the roof, and being generally restrained means the show feels more coherent than some of its predecessors, which seemed like a series of set pieces with lengthy gaps in the middle.”

“‘Luzia’ is an agreeably soulful spectacle that fruitfully tinkers with a well-worn formula.” 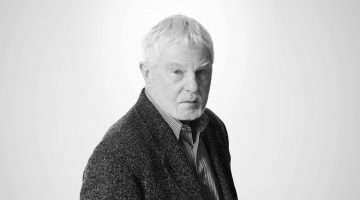