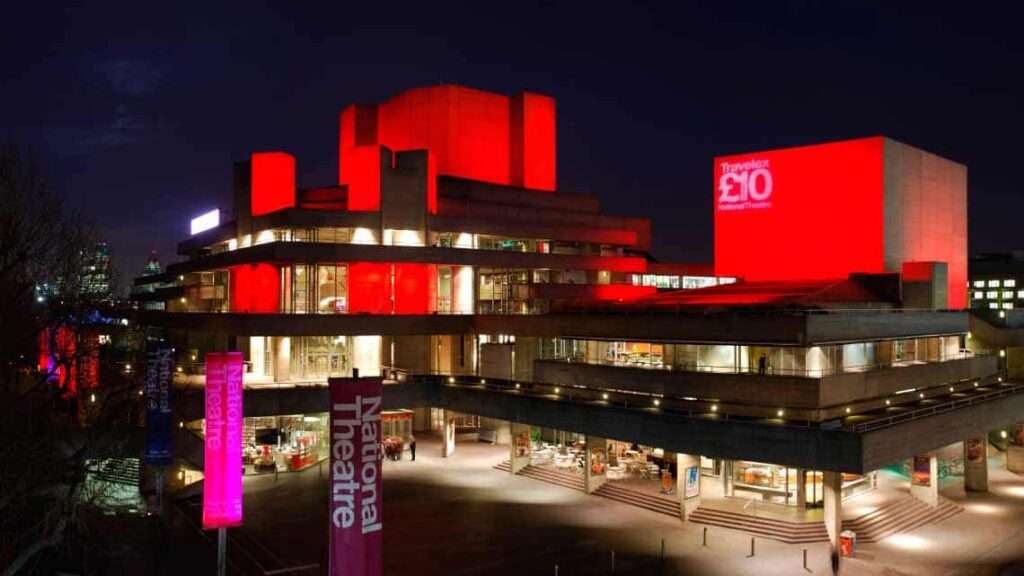 The Olivier Theatre is named after Sir Laurence Olivier; the original Artistic Director of the National Theatre Company at the Old Vic.

The National Theatre complex was officially opened by Her Majesty The Queen on 25 October 1976.

The Olivier Theatre is the largest of the three theatres at the National but despite its size, it has a concetrated intimacy.

Two main tiers of steeply raked seats − flanked by side-banks on a higher level − sweep down to the open stage.

No seat is far from an actor’s point of command; and the span of the seats matches their effective span of vision. They can hold the audience within the compass of their eyes.

Saint George and the Dragon
Follies
The Beaux' Stratagem
Everyman
Behind the Beautiful Forevers
James III: The True Mirror
James II: Day of The Innocents
James I: The Key Will Keep The Lock
Treasure Island
A Small Family Business
Medea
Emil and The Detectives
Antigone
The Cherry Orchard
FELA!