They don’t come much bigger than Michael “original Phantom” Crawford, star of Andrew Lloyd Webber’s The Wizard of Oz 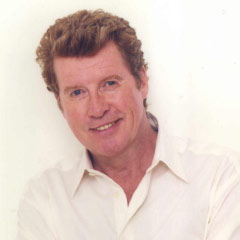 If you wanted to cast someone with star power, a long heritage of musicals success, a name well-known to American tourists and someone you’ve worked with before, then Andrew Lloyd Webber made the right choice in casting Michael Crawford in his blockbuster new production of The Wizard of Oz – coming to the London Palladium this February.

Crawford,68, has spent over five decades treading the boards, with his first professional stage appearance in 1955 as Sammy the Little Sweep in Benjamin Britten’s Let’s Make an Opera at the Scala Theatre in London.

In February he will return to the London Palladium after his triumphant run there in the 1980s in Barnum, for which he won an Olivier award. Michael is also well known for originating the role of the Phantom in Lloyd Webber’s The Phantom of the Opera in both London and New York, winning Tony, Drama Desk, Olivier, Outer Critic’s Circle, Dramalogue and Drama Critic’s Circle Awards for his performance.

His other numerous stage credits include Billy, Flowers for Algernon, Black Comedy, Dance of the Vampires and a host of concert tours in the UK, United States, Canada and Australia. His last appearance in the West End was seven years ago, as Count Fosco in Andrew Lloyd Webber’s The Woman In White at the Palace Theatre.

In Film and TV he is still remembered fondly for his role as Frank Spencer in BBC sitcom Some Mothers Do ‘Ave ‘Em. Other credits include Hello, Dolly! with Barbra Streisand, A Funny Thing Happened on the Way to the Forum, The Knack, The Jokers, How I Won the War,  Hello and Goodbye and Condorman.

2 thoughts on “MICHAEL CRAWFORD in The Wizard of Oz”