Images of Jason Manford and the cast of Curtains have been released ahead of their surprise West End transfer next month.

The Tony award-winning musical from the creators of Cabaret and Chicago has been touring the UK, but the unfortunate demise of The Man In The White Suit, has given the Kander and Ebb comedy an opening for a West  End premiere.

Manford plays ‘Frank Cioffi’, a local police detective brought in to investigate the on-stage murder of a talentless star during her opening night curtain call.

Image 1 of 11
A hilarious whodunnit, Curtains will have you laughing and guessing right to the final curtain.

Tickets for Curtains are now available to book. 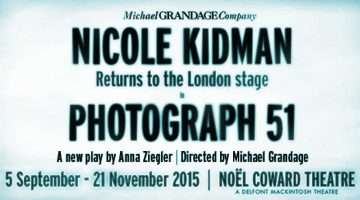