Despite reports of  ‘Vassa’ falling flat, the piece ‘is very funny‘ (Time Out), and Siobhán Redmond who “gives a highly impressive performance as Gorky’s domineering matriarch” (Guardian) deserves credit for stepping in as lead to replace Samantha Bond at such short notice.

Gorky’s Vassa centres on a formidable matriarch and lengths she will go to ensure the survival of the family business.

Vassa runs until until Saturday 23 November 2019 at Almeida Theatre, London

“Fly Davis’s design pointedly references the sets used in the Roman farces of Plautus and others. The multiple exits and entrances here are blackly funny and are executed with great comic timing by the crack cast. The unholy amusement comes from the contrast between the usual breakneck farce and the fretful, self-absorbed behaviour of this lot. ”

“As with David Hare’s recent adaptation of Ibsen’s renamed Peter Gynt at the National, I sometimes wonder if Bartlett’s sheer cleverness is too on top of the game, to the point of alienating some punters. There’s a sense that the show is glorying in the amorality, in the end, rather than lethally castigating it. But the whole evening yammers with talent.”

“When ‘Vassa’ starts operating less like a farce and more like a political tragedy, its impact falters.”

“Her transformation into a guilt-ridden tragic figure comes too late, and feels hollow; she’s less of a Medea, more a psychopathic middle manager.”

“The 1983 soviet film ‘Vassa’ ends in the 1913 revolution; it feels like there’s something similarly biting, similarly political missing from this play’s weak ending.”

“Redmond is a terrific actress, but struggles to suggest any inner life for a woman who ends the show as she begins it: ruthless, ingenious, scornful.”

“The insistent overplaying of the comedy dries up the laughs from the start.”

“The acting varies from the flat to the gurning, with only Danny Kirrane, as the elder son, Semyon, consistently nailing the sort of casual esprit required.”

“it somehow falls flat: everyone is so grotesque and larger-than-life right from the beginning that it grows wearisome.”

“There are some wonderfully pungent performances: Siobhán Redmond (who stepped in at late notice following an injury to Samantha Bond) is viper-like as Vassa…But for all this, the piece never quite gels.”

“Bartlett and Craig, however, strip it of any historical context to give us a blackly comic account of the destructive nature of the profit-driven family.”

“Bartlett keeps it traditional…His version is a black comedy, a jovial piece filled with many zingy one-liners and exciting punchiness.”

“There’s a lot that’s been crammed into the two hours, so you need to pay attention to every tiny detail”

“Danny Kirrane is hilarious as the over-the-top caricature Semyon” 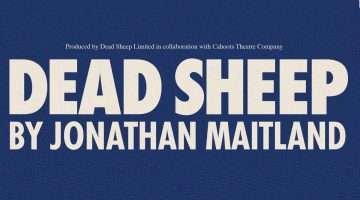 Dead Sheep to tour the UK