The limited staged concert production of Alain Boublil and Claude-Michel Schönberg’s musical is running at the Gielguld theatre in the West End whilst the long-standing home of  Les Miserables, the Sondheim Theatre (formerly the Queens Theatre) undergoes extensive refurbishment.

Producer Cameron Mackintosh has brought together Les Mis fan-favourites to this production which was previously staged at the Royal Albert Hall and the O2 in London.

Now in its 35th year in London, Les Misérables is the world’s longest-running musical. The full scale production will return to the Sondheim Theatre in December 2019, where the 2009 staging of the musical will be performed.

Les Misérables – The Staged Concert is booking until 30 November 2019 at the Gielgud Theatre, London. 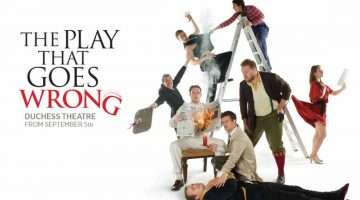