Following a smash-hit UK premiere at the Southwark Playhouse earlier this year, the summer’s hottest stage hit ‘Afterglow’ is back for a second London season!

The climax really was just the beginning… S. Asher Gelman’s “steamy stripped-down look at gay intimacy’ (Huffington Post) explores the emotional, intellectual, and physical connections between three men and the broader implications within their relationships.

Afterglow is booking from 17 October 2019 until 24 November 2019 at Waterloo East Theatre, London.

Josh and Alex, a married couple in an open relationship, invite Darius to share their bed for one night.

When a new intimate connection begins to form, all three men must come head to head with one another’s notions of love, intimacy, and commitment.

WHO’S IN IT?: AFTERGLOW CAST

The cast of Afterglow at Waterloo East Theatre to be announced.

Why book Afterglow tickets with us? 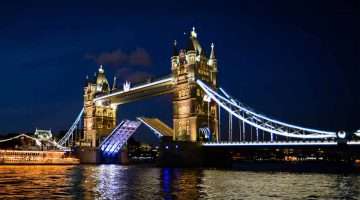