What's on at the Prince of Wales Theatre?

Book now
The Book of Mormon

What date did the Prince of Wales Theatre open?

Who designed the Prince of Wales Theatre?

What was the first production at the Prince of Wales Theatre?

Other Prince of Wales Theatre facts

Originally on the site of the current Prince of Wales stood the Prince's Theatre, which opened on 18 January 1884 with a production of The Palace of Truth by W. S. Gilbert and In Honour Bound by Sydney Grundy, and was designed by C. J. Phipps; renamed the Prince of Wales Theatre on 4 October 1886;  'Folies Bergere' style revue shows began running at the theatre from 1932 onwards; final performance at this theatre 16 January 1936; Second (current) theatre refurbished from July 2003, reopening on 10th of June 2004

The first production in 1884 was a revival of W. S. Gilbert’s The Palace of Truth starring Herbert Beerbohm Tree.

After 50 years, the theatre was deemed to be too small, and was demolished. On 17 June 1937, Gracie Fields sang to the workmen as she laid the foundation stone of the new Art Deco theatre, designed by Robert Cromie.

The theatre opened on 27 October 1937, and the first productions were Les Folies de Paris et Londres, starring George Robey, followed by Folies De Can-Can in 1938, continuing the old theatre’s tradition of risqué revues, which ran continuously until 2 am every night.

Refurbishment was carried out in 2004 and the theatre re-opened with ABBA’s musical Mamma Mia!. In 2013 Broadway hit The Book of Mormon opened at the Prince of Wales Theatre.

Production highlights at the Prince of Wales Theatre:

1893 Appearing opposite Marie Tempest in Dorothy was the handsome actor Hayden Coffin. The show established him on a successful career path and he starred in many of the Edwardian musical comedies produced by George Edwardes for which he became famous. One such was A Gaiety Girl.

1927 Lily Elsie, described as the most photographed woman in the world, was feted on her return to the Prince of Wales Theatre to play Eileen in the musical comedy The Blue Train, with music by Robert Stolz. She had been absent from the stage for ten years and even King George V, when attending a performance, told her how much she had been missed.

For much of the rest of its life until it was rebuilt in 1937, the Prince of Wales presented a series of French-style revues and came to be known as London’s Folies Bergère. It was not until the mid-20th century that musicals were to play an important part in the theatre’s history once more.

1937 Gracie Fields laid the foundation stone of the new theatre designed by Robert Cromie on 17 June and sang to the builders working on site.

1937 Opened on 27 October with Les Folies de Paris et Londres, a revue performed non-stop from 2pm to 11pm. Followed by other popular revues such as Frivolites de France and Caprice Parisien.

1941 The Great Dictator, Charlie Chaplin’s controversial first talkie, in which he parodied Hitler, was shown for a season.

1948 Mae West appeared in the comedy Diamond Lil, a show she had also written, that had made her the toast of Broadway 20 years earlier.

1949 Sid Field, who had made his West End debut at the theatre in Strike a New Note (1943), also made his last London appearance here in Harvey, a comedy about a 6ft tall white rabbit, directed by Anthony Quayle. The show returned to the theatre in 1975 with James Stewart in the leading role of Elwood.

1959 The World of Suzie Wong, the story of a Hong Kong prostitute and her artist lover, became the longest-running play to date at the theatre with 832 performances.

1963 Martha Graham and her famous company of American dancers gave a short season of performances including Clytemnestra, her only full-length work, considered to be her masterpiece.

1966 Funny Girl transferred from Broadway for a short run with the new young star Barbra Streisand in the leading role of Fanny Brice. One of the songs from the show, ‘People’, became a Top 10 hit.

1972 A revival of The Threepenny Opera, directed by Tony Richardson with Vanessa Redgrave as Polly, also featured Hermione Baddeley, Diana Quick, Miriam Margolyes and Barbara Windsor. Later the same year the Julian Slade musical Trelawny transferred from Sadler’s Wells where it had brought a young Gemma Craven into the public eye.

1973 Danny La Rue entertained audiences for 503 performances with his glamorous variety show. In 1983 he made history at the Prince of Wales when he was the first man to appear as Dolly in Hello, Dolly!

1982 The story and music of the Crazy Gang, Underneath the Arches, with Roy Hudd and Christopher Timothy impersonating Flanagan and Allen, ran for over a year.

1993 Michael Ball had a big success in Andrew Lloyd Webber’s musical Aspects of Love, based on the novel by David Garnett. It broke all records to become the theatre’s longest-running show ever with 1,325 performances.

2003-04 The theatre auditorium and all front of house foyer spaces and bars were extensively and glamorously refurbished by the Arts Team at RHWL under the management of Delfont Mackintosh Theatres Limited.

2003-4 The theatre auditorium and all front of house foyer spaces and bars were extensively and glamorously expanded, refitted and refurbished by Arts Team at RHWL under the management of Delfont Mackintosh Theatres.

2004 The Prince of Wales Theatre was officially reopened by HRH the Prince of Wales on 10 June when he attended a charity gala performance of MAMMA MIA! In 2007 this musical overtook Aspects of Love to become the longest running show at the theatre.

2013 The irreverent Broadway show The Book of Mormon hit town winning four Olivier awards and breaking the record for the biggest ever single day of sales in West End and Broadway history.

Past shows that have played at the Prince of Wales Theatre include:

The Windsors: Endgame
Let It Be
Mamma Mia! 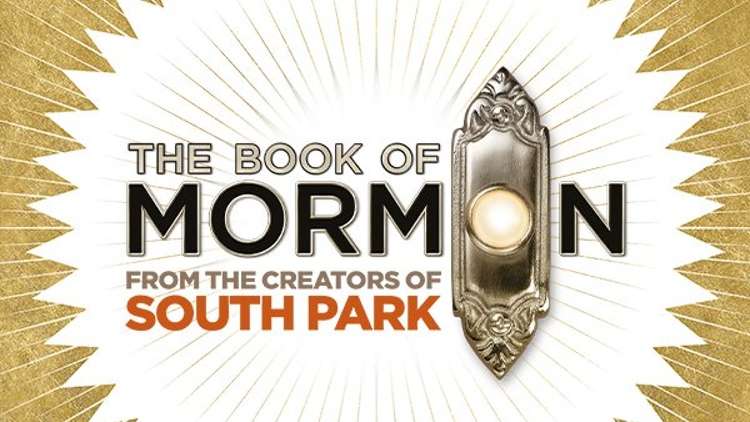