What's on at the Prince Edward Theatre?

What date did the Prince Edward Theatre open?

Who designed the Prince Edward Theatre?

What was the first production at the Prince Edward Theatre?

The Prince Edward Theatre was designed by Edward A. Stone, with lovely Art Deco interiors by designed by Marc-Henri Levy and Gaston Laverdet. The theatre opened on 3 April 1930 with the musical Rio Rita

In 1935, the theatre was converted into a dance and cabaret hall, and was renamed the London Casino. The building was badly damaged during the London blitz in 1941, with pretty much all buildings directly opposite on Greek Street destroyed.

In 1942 various stage alterations were made by Thomas Braddock and the venue re-opened as the “Queensberry All Services Club” – a club for servicemen.

After the war, architects T. and E. Braddock restored the building to theatrical use, taking its former name of the London Casino, before Cinerama took over the building and it became a cinema.

Later, the venue was acquired by EMI and The Casino Theatre continued in use as a cinema. Some shows were also staged, notably Dean, a musical about James Dean in 1976, and a Christmas production of Peter Pan with Ron Moody as Captain Hook in 1977.

Then, in 1978 the building was converted back into a theatre by RHWL Architects and given its original name of the Prince Edward Theatre, reopening with the world premiere of Andrew Lloyd Webber and Tim Rice’s Evita starring Elaine Paige.

1929: The Emporium draper’s shop was demolished and work began on a new theatre, designed by Edward Stone and built by Griggs and Son, with an art deco auditorium by Marc Henri and Laverdet decorated in warm shades of fuchsia and gold.

1930: The Prince Edward Theatre opened on 3 April with Rio Rita, a musical comedy by Harry Tierney.

1933: Four-week season by Josephine Baker, billed as ‘The Idol of Europe’.

1935: Acquired by a syndicate who also owned the French Casino in New York and the Casino in Miami. Reopened on 2 April 1936 as the London Casino, a cabaret restaurant. The first stage show was Folies Parisiennes followed by Bal Tabarin, La Revue d’Elegance and Folies de Minuit. Initially it took more money than any other place of entertainment in London, but eventually the lavish scale on which they operated led to serious financial problems.

1946: Restored to theatrical use under the management of Tom Arnold and Emile Littler with Pick-Up Girl, produced by Peter Cotes.

1947: Mother Goose, the first in a series of pantomimes that became an annual feature at the theatre, was put on with Stanley Holloway as Squire Skinflint. Subsequent Christmas seasons included Cinderella with Arthur Askey as Buttons, Aladdin with Julie Andrews and Jack and Jill with Michael Bentine and Charlie Chester.

1947: First in a series of International Variety shows presented by Bernard Delfont that brought Chico Marx, Max Wall, Max Miller, The Inkspots (famous for the song ‘Whispering Grass’), and Mistinguett (‘The Idol of France’) to the London Casino.

1949: Latin Quarter, Robert Nesbitt’s ‘luxury musical’, was presented each year until 1952. One band greeted the audience in the foyer, another on stage and a third in the orchestra pit. Posies of fresh violets were placed on the seats and balloons were suspended from the ceiling.

1953: Over the Moon, revue by Vivian Ellis starring Cicely Courtneidge.

1953: Wish You Were Here, a musical comedy with music and lyrics by Harold Rome, was set in a holiday camp and had a filled swimming pool on stage.

1954: Converted for large screen Cinerama and remained in use as a cinema until 1974 during which period it showed films such as How the West Was Won, The Bridge on the River Kwai, Seven Brides for Seven Brothers and King Kong.

1978: The theatre reopened on 21 June, under its original name of the Prince Edward, with Andrew Lloyd Webber and Tim Rice’s ground-breaking musical Evita starring Elaine Paige, Joss Ackland and David Essex which ran until 1986.

1992: The theatre was completely refurbished under the management of Delfont Mackintosh Theatres Limited. The stage was enlarged, the auditorium remodelled and redecorated and new side boxes added.

1993: Reopened on 3 March with the Gershwins’s Crazy for You which ran for three years.

1999: MAMMA MIA!, the feel-good show with its entertaining story based on the songs of Abba, was a smash hit, taking record box office advances. It ran at the Prince Edward for five years before moving to the Prince of Wales, where it ran for a further 13 years and in September 2012 transferred to the Novello.

2004: The first stage version of P L Travers’s ever-popular stories about the magical nanny, Mary Poppins opened in December. Presented by Disney and Cameron Mackintosh, it entranced both adults and children alike and ran for over 1,000 performances.

2008: Following its huge success on Broadway Jersey Boys The Story of Frankie Valli and the Four Seasons opened on 18 March and amongst many other awards won the 2009 Olivier Award for Best New Musical.

2014 Miss Saigon returned to the West End with a spectacular new production to celebrate the 25th anniversary of its original opening at London’s Theatre Royal Drury Lane.

2016 Disney’s dazzling production of Aladdin flew into the West End on its magical flying carpet.

2019 Mary Poppins flew back into the Prince Edward until even she was grounded by the coronavirus pandemic in March 2020.

Past shows that have played at the Prince Edward Theatre include: 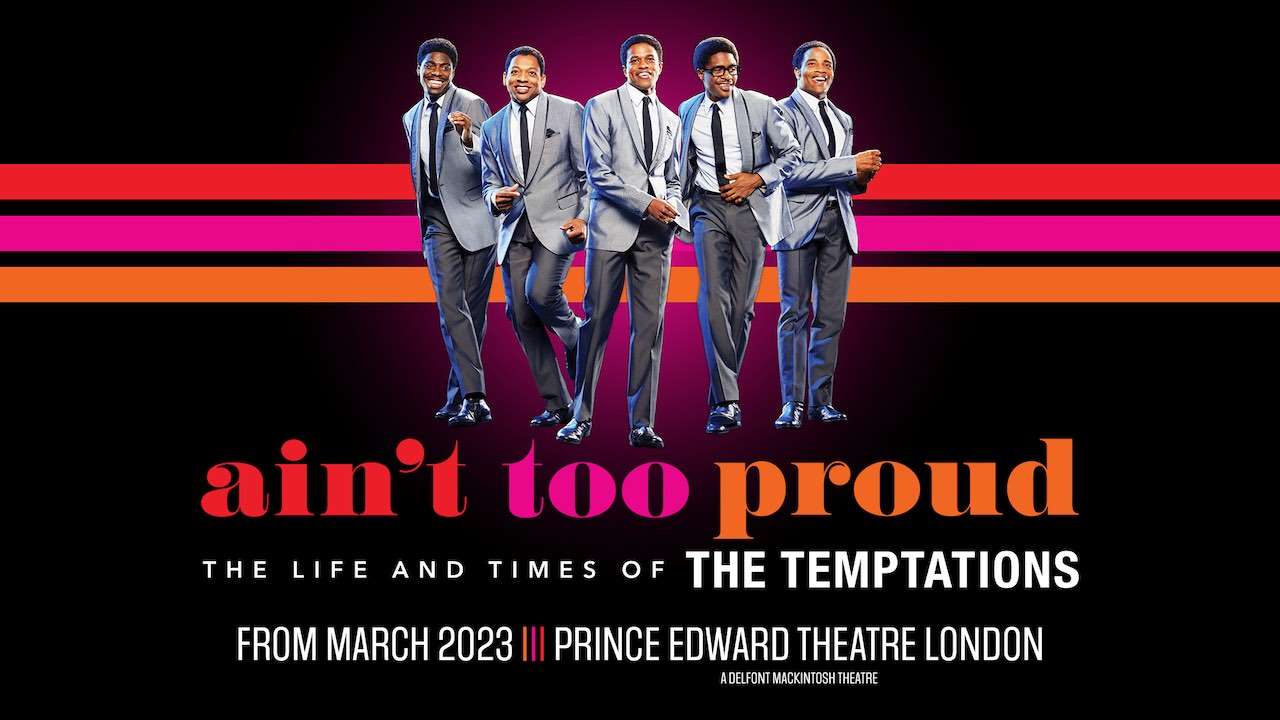 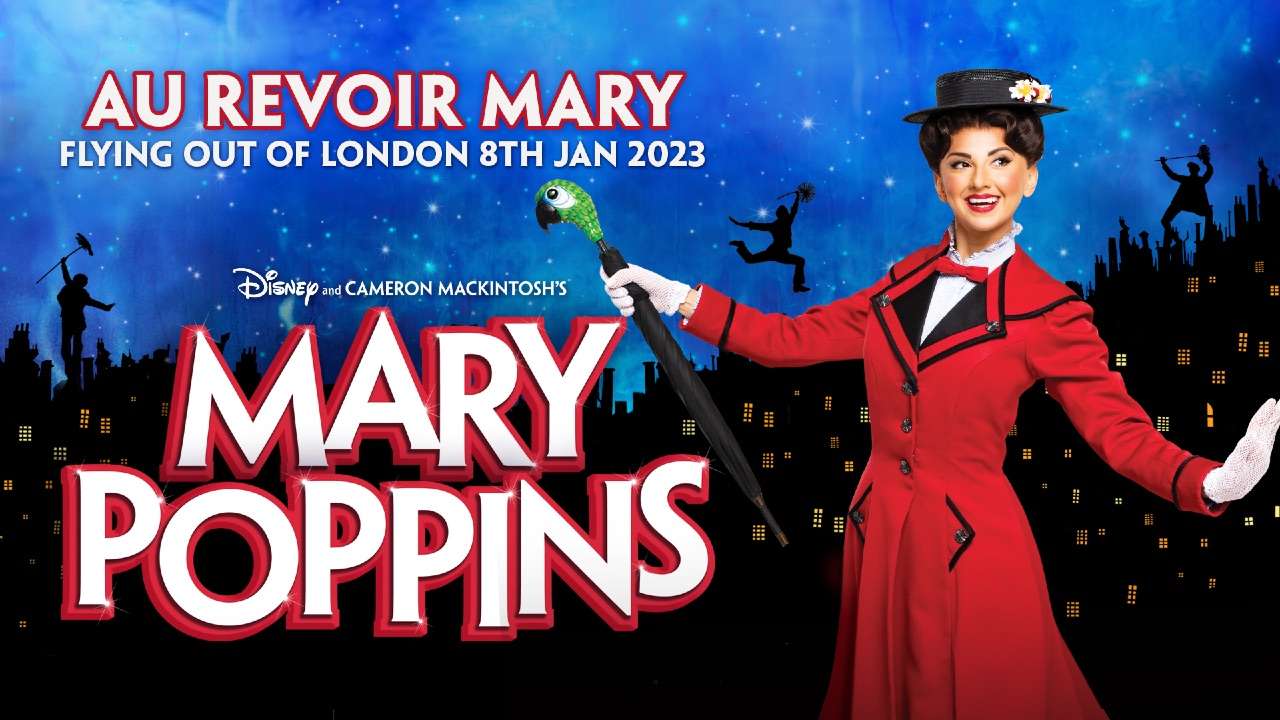 Ain't Too Proud - The Life And Times Of The Temptations