The piece is written, directed and stars Redgrave

Production images have been released for Vienna 1934 – Munich 1938, written, directed by and starring Vanessa Redgrave at Theatre Royal Bath.

Inspired by the close friendship of her father Michael Redgrave and the celebrated poet Stephen Spender, Redgrave has created an evening of personal reminiscence and poetry in which to examine the hopes and fears of a generation confronting the rise of fascism in Europe.

Regarded as one of the greatest actors of her generation Vanessa Redgrave has won numerous awards including an Olivier Award for The Aspern Papers and a Tony Award for Long Day’s Journey into Night. She also received Tony nominations for The Year of Magical Thinking and Driving Miss Daisy and is a six-time Oscar nominee, winning for Julia.

Vienna 1934 – Munich 1938 is the third production in Theatre Royal Bath’s summer season following Vanya and Sonia and Masha and Spike and Blithe Spirit. 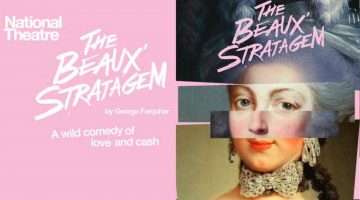 The Beaux’ Stratagem at the National Theatre