ABOUT The Bridges of Madison County

Trevor Nunn directs the London premiere of The Bridges of Madison County at the Menier Chocolate Factory this summer.

The two-time Tony Award-winning musical is based on the best-selling novel by Robert James Waller and the film directed by Clint Eastwood. Enjoy the beautiful, original music and lyrics by Jason Robert Brown in a show where love can be captured with a click of a camera.

The Bridges of Madison County is booking from 13 July 2019 until 14 September 2019 at the Menier Chocolate Factory, London.

Francesca, an Italian immigrant housewife lives a simple yet content life with her family in the American Midwest. When her family go off to the Iowa State Fair a chance encounter with Robert, a National Geographic photographer, develops into a brief but passionate affair which has devastating consequences on all of their lives.

WHO’S IN IT?: THE BRIDGES OF MADISON COUNTY CAST

The cast is lead by Olivier Award winner Jenna Russell (Sunday in the Park With George, Fun Home, Merrily We Roll Along) as Francesca and Edward Baker-Duly (The King and I, Peter and the Starcatcher) as Robert.

Why book The Bridges of Madison County tickets with us? 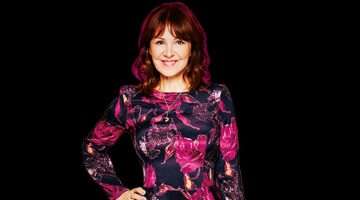