The world premiere of Dark Sublime at Trafalgar Studios

Dark Sublime is a love-letter to British sci-fi television – those that make it and those that adore it.

Exploring the complexities of relationships, especially in the LGBTQ community, and the contrast in lived experiences across generations, Michael Dennis has crafted a story that is as much about joy and heartbreak as it is about quarries and transmat beams.

Making her West End debut, Star Trek: The Next Generation star Marina Sirtis will take the lead as Marianne in the world premiere of Dark Sublime, directed by Andrew Keates (As Is and Dessa Rose – Trafalgar Studios).

Oli arrives at the door of Marianne, a now-forgotten sci-fi TV icon, impatient to make an impression, to make a friend. Marianne, a jobbing actress, knows about waiting – for the phone to ring, for her best friend to see her differently, for her turn at something more substantial than a half-remembered role on a cult TV show. He wants an autograph; she doesn’t want anything from him – or so she thinks. Yet as they start to explore each other’s worlds, they begin to discover what every good relationship needs: time and space.

WHO’S IN IT? DARK SUBLIME CAST

Written by Michael Dennis and directed by Andrew Keates.

Please note: Tuesday 2nd July 2019 at 7:45pm will be a relaxed performance. There will be a post-show question and answer session on 2nd July.

Why book Dark Sublime tickets with us? 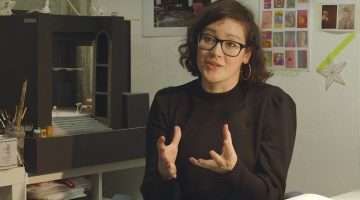