The Trojan war as you've never heard before

Actor, comedian & writer Stephen Fry takes to the stage in the company of the Greek gods, heroes and men whose gripping tales still echo today.

In his first solo tour since the 1980s,  Fry will perform Mythos: A Trilogy, three plays performed over a weekend at the London Palladium. Laugh-out loud funny, mind-blowing and often personal, Mythos is a once-in-a-lifetime chance to experience one of the country’s greatest story-tellers live on stage in London’s West End.

In Fry’s gripping tales of love and war, debauchery and revenge,  Men plunges us into the heat of the Trojan War – and Odysseus’s treacherous journey back home.

Stephen Fry Mythos A Trilogy: Men is booking on Saturday 14 September 2019 at the London Palladium.

The final part of the trilogy, Men plunges audiences as it tells the tales of the founding of Troy, the abduction of Helen and the gathering of the last great generation of Greek heroes to rescue her – Agamemnon, Menelaus, Achilles and Odysseus. The Trojan War and Odysseus’ epic journey bring to an end the age when the Olympians still moved among Humankind.

WHO’S IN IT? MYTHOS: A TRILOGY – MEN CAST

Actor, comedian & writer Stephen Fry (Wilde, Blackadder, QI, Kingdom) will return to the West End as part of his first UK tour in nearly 40 years. Starring in productions across stage and screen, Mythos: A Trilogy will mark Fry’s first London performance in seven years, last appearing as Malvolio in a 2012 production of Twelfth Night at Shakespeare’s Globe. In 2013, Fry starred in the production’s Broadway transfer, earning a Tony nomination.

Why book Stephen Fry Mythos A Trilogy: Men tickets with us? 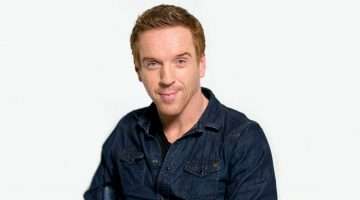