The Inheritance, Come from Away and Company are among the shows that have triumphed at this year’s ceremony

Outstanding achievement in dance: Akram Khan for his performance in Xenos

Best actor in a supporting role: Chris Walley for The Lieutenant of Inishmore

Monica Dolan in rehearsal for All About Eve. Photo by Jan Versweyveld

Best actress in a supporting role: Monica Dolan for All About Eve

Outstanding achievement in opera: the ensemble of Porgy and Bess at London Coliseum

Best costume design: Catherine Zuber for The King and I

Best sound design: Gareth Owen for Come from Away

Outstanding achievement in music: Come from Away

Best theatre choreographer: Kelly Devine for Come from Away

Best actor in a supporting role in a musical: Jonathan Bailey for Company

Best actress in a supporting role in a musical: Patti LuPone for Company

Best actor in a musical: Kobna Holdbrook-Smith for Tina – the Tina Turner Musical

Best actress in a musical: Sharon D Clarke for Caroline, Or Change

Best new musical: Come from Away

All other shows received 1 award. 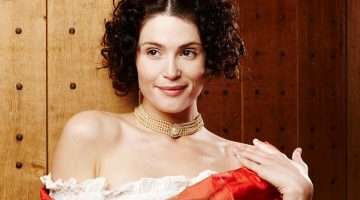