Jamie Lloyd’s ‘exceptionally thoughtful and searching revival‘ (★★★★★ Independent) opened to rapturous applause and critical acclaim with ‘Hiddleston’s brightly brittle Robert and Ashton’s Emma, who always seems to be presenting a bright facade and a more painful truth under that facade‘ (★★★★★ Time Out) and Charlie Cox [rising] brilliantly to the challenge of sitting absolutely still and speaking volumes while saying not a word (★★★★ WhatsOnStage).

Betrayal charts a compelling seven-year romance, inspired by his own love affair, thrillingly captured in reverse chronological order. The complexities of the human heart are explored in this, “the greatest, and the most moving, of all Pinter’s plays” (The Daily Telegraph).

The full length play is the final piece in Lloyd’s Pinter at the Pinter season to mark the 10th anniversary of the playwright’s death.

Read a round-up of reviews for Betrayal 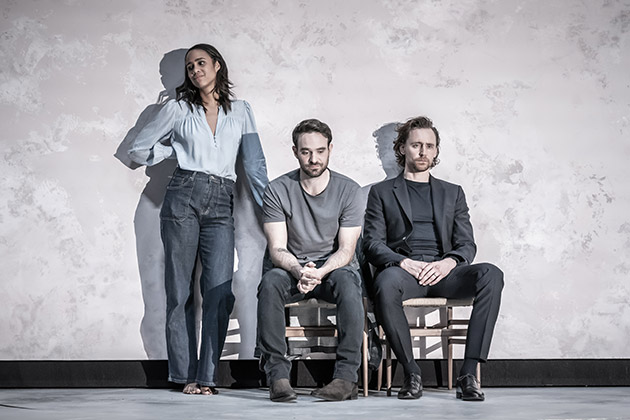 Betrayal is booking until 8 June 2019 at the Harold Pinter Theatre,  London. 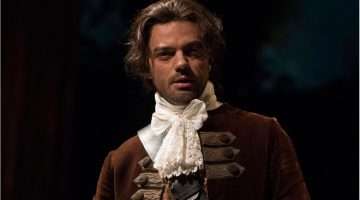