From Harry Potter and the Cursed Child to Bitter Wheat and Fleabag, this is our regularly updated guide to the best plays currently on the London stage. Theatre doesn’t get better than this! 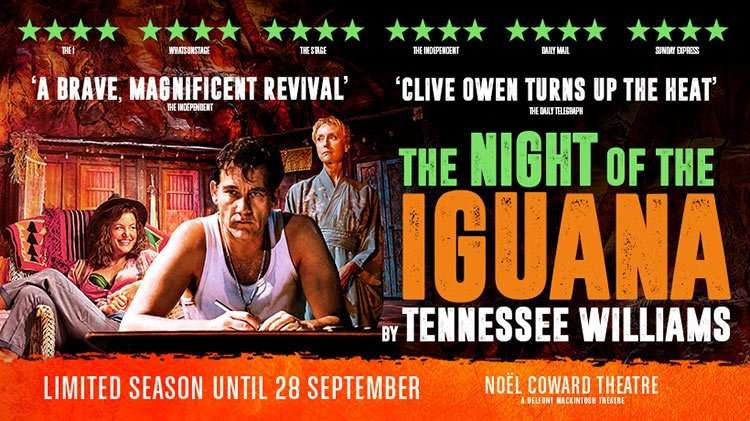 The Night Of The Iguana

In a nutshell: Clive Owen (Closer), Anna Gunn (Breaking Bad) and Lia Williams (The Crown) star as a trio of lost souls in a rare revival of Tennessee Williams’ play.  Thrown together for one eventful night that pulses with conflicting passions and a surprising edge of humour, which way will they turn as a tropical storm beats down on their lodgings; a remote coastal Mexican hotel, which has long seen better days. 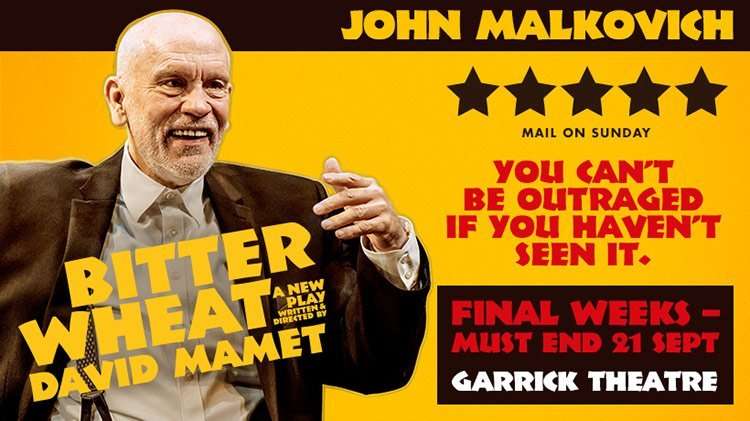 In a nutshell:  Multi -award winning actor John Malkovich stars as Barney Fein, a top dog Hollywood producer in Bitter Wheat, a new play by the legendary author, director and playwright David Mamet. It’s polarising! As it says on the poster, you can’t be outraged if you haven’t seen it. 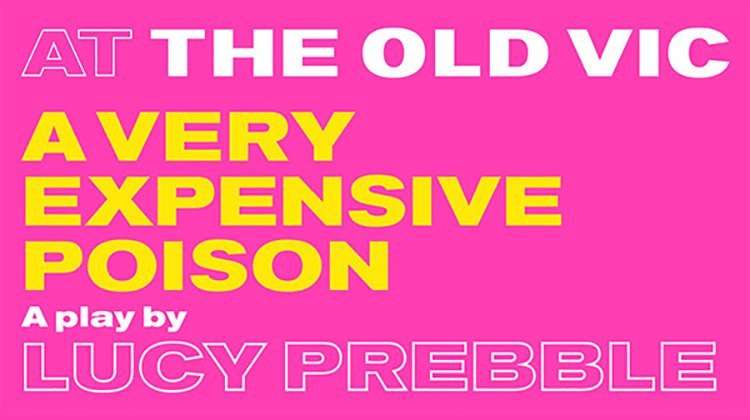 In a nutshell: John Crowley (Brooklyn, The Goldfinch) directs Lucy Prebble’s (The Effect, ENRON) reimagining of Luke Harding’s jaw-dropping exposé of the events behind the notorious death of Russian spy Alexander Litvinenko. A shocking assassination in the heart of London. In a bizarre mix of high-stakes global politics and radioactive villainy, a man pays with his life. Reece Shearsmith (The League of Gentlemen, Hangman, The Dresser) features in the cast.

In a nutshell: Idris Elba and Kwame Kwei-Armah’s electrifying new blend of drama, music and dance follows one man’s journey into the heart and soul of contemporary South Africa – with the audience at the centre of the action. 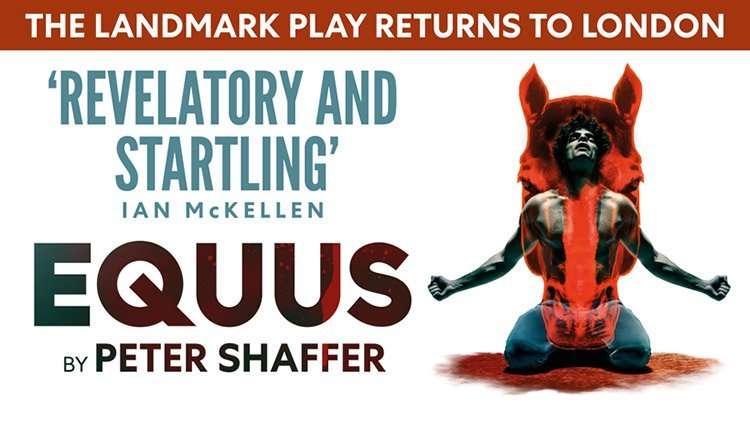 In a nutshell: When teenager commits a horrifying act, a psychiatrist is tasked with uncovering the motive behind the boy’s actions. Inspired by a true story, Peter Shaffer’s ‘mesmerising’ (Evening Standard) and transfixing psychological thriller is re-imagined by award-winning director Ned Bennett in this ‘dazzling new revival’ (Sunday Times).

Harry Potter and the Cursed Child ★★★★★

In a nutshell: Tremors of excitement at the premiere of Harry Potter and the Cursed Child – the first Potter play, and the eighth story in the publishing phenomenon that made J K Rowling’s name and fortune – are being felt across the world… The big news is that this is just what was needed, will raise the benchmark for family entertainment for years to come and may even usher in a whole cycle of Potter-world stories. 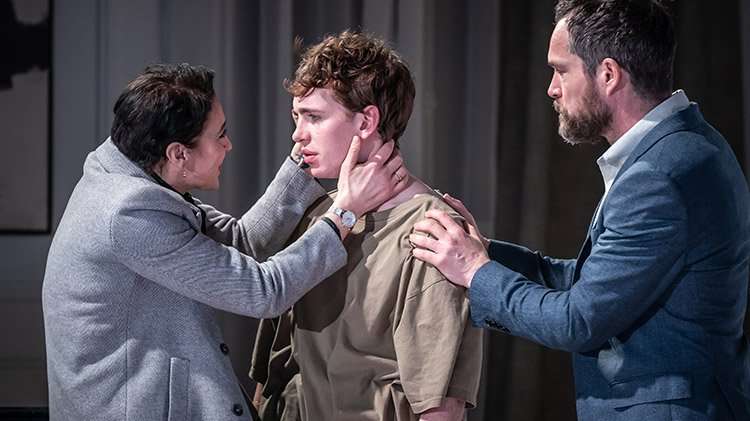 Where: Duke of York’s Theatre

In a nutshell: Direct from a sold-out season at Kiln Theatre the five star, hit play from acclaimed French playwright Florian Zeller follows a family whose son doesn’t quite understand what’s happening to him. Emotionally stirring and compelling it’s described as ‘One of the finest plays of the past decade’ Sunday Express. 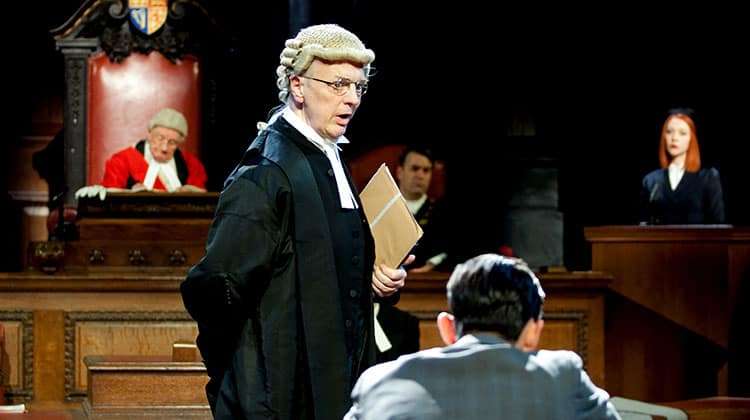 Witness for the Prosecution ★★★★★

In a nutshell: Agatha Christie’s classic courtroom drama is ingeniously staged in the magnificent chamber of London’s County Hall. Experience the intensity and drama of Agatha Christie’s gripping story of justice, passion and betrayal. 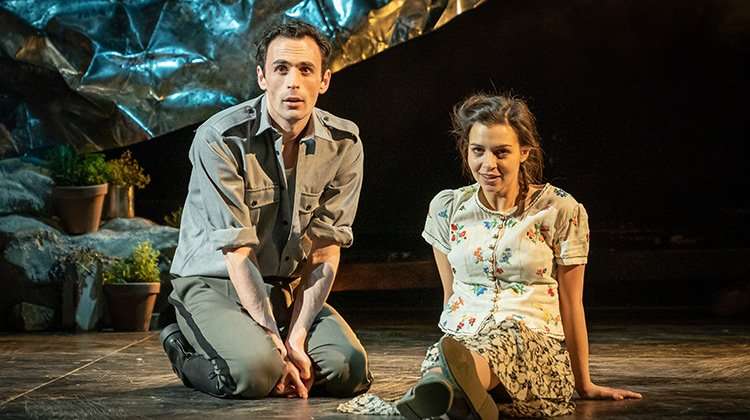 Louis de Bernières’ epic novel is dramatically brought to life on stage in a new adaptation by Golden Globe and BAFTA Award nominee Rona Munro. From the vivid descriptions of the village and its inhabitants, to the brutal life and epic sweep of the soldiers caught up in the constantly changing politics of war, this stunning new production is directed by Olivier and Tony-Award nominee Melly Still.

The Comedy About A Bank Robbery ★★★★★

In a nutshell: The jokes come thick and fast in this entirely original stage comedy that pays explicit homage to B-movie bank robbery capers. This “lung-bustingly funny”(Guardian), “screw-ball comedy” (Time Out) “will have you on the edge of your seat” (The Stage), in what “is the funniest show in the West End” (The Telegraph).

The Lehman Trilogy ★★★★★
Where: Piccadilly Theatre
Address: 16 Denman Street London W1D 7DY
Until: 31 August
In a nutshell: Following a sold-out run at the National Theatre, Sam Mendes (Skyfall, King Lear) acclaimed production tells the story of a family and a company that change the world. Told in three parts, Simon Russell Beale, Adam Godley and Ben Miles reprise their Olivier nominated roles as the Lehman Brothers.

In a nutshell: The multi-award winning play-within-a play comedy about a theatre troupe trying to stage a 1920s murder mystery. As props start to disappear, actors go missing and the set begins to fall down around the cast, mayhem ensues and everything that could go wrong, does! 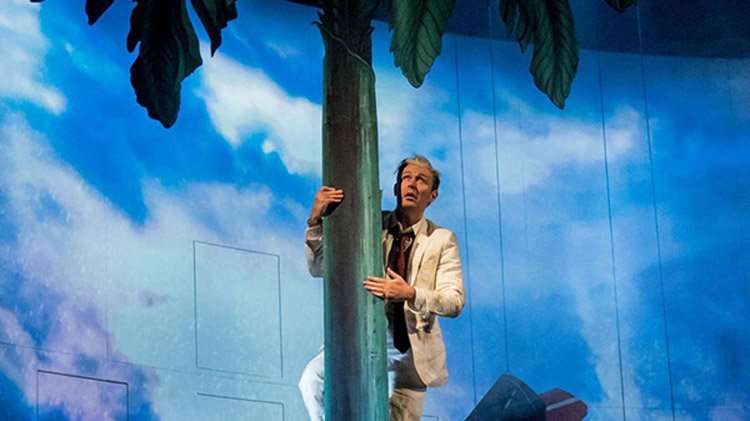 In a nutshell: James McArdle takes the title role in this epic story of transformation, in a radical new version by David Hare, Henrik Ibsen’s most famous hero is transported into the 21st century. An outrageous modern myth, Peter Gynt is searching for something: himself. Traveling from the mountains of Scotland to the pool-sides of Florida, he’ll meet talking hyenas, two-headed trolls and even an Egyptian Sphinx.  But his ultimate transformation may not be all that he hoped for… 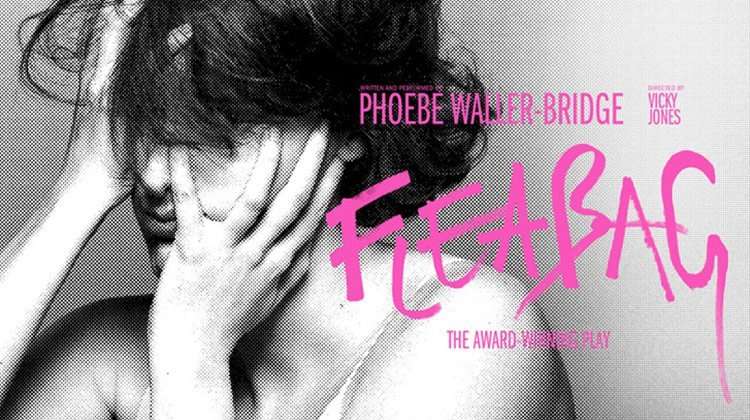 In a nutshell: The hottest ticket this Summer. Phoebe Waller-Bridge will reprise her star-making role in a limited West End revival of Fleabag. It may have been the tv adaptation that brought Waller-Bridge to cult-like status, however the award-winning tv show began life as a supremely funny and filthy monologue back in 2013. Fast forward six years, with a Fringe First award in Edinburgh, several revivals, an international tour, two TV series and a sold-out run off-Broadway and Phoebe Waller-Bridge will return to her character Fleabag for a final time.