Production images have been released of the world premiere stage adaptation of Zog, which opens at the Rose Theatre Kingston later this month.

Based on the acclaimed children’s book by Julia Donaldson with illustrations by Axel Scheffler, Zog is adapted and directed by Mike Shepherd (founder and Artistic Director of Kneehigh) with an original folk score by Johnny Flynn (currently starring alongside Kit Harington in the West End production of True West).

The cast of actor-puppeteers will bring the world of Zog to life with handcrafted puppets designed and created by Little Angel Theatre co-founder Lyndie Wright. 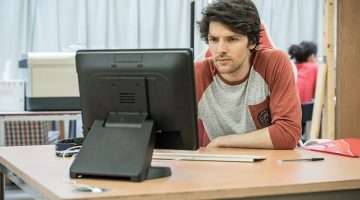