ABOUT Man of La Mancha

Tony Award-winning musical Man of La Mancha returns to the West End in 2019 for its first major London revival in over 40 years.

Inspired by Miguel de Cervantes’ seventeenth-century masterwork Don Quixote and set during the Spanish Inquisition, Man of La Mancha features classic numbers including “The Impossible Dream,” “I, Don Quixote,” “Dulcinea,” “I Really Like Him” and “Little Bird”.

Man of La Mancha will play a strictly-limited West End season from 26 April 2019 until 8 June 2019 at the London Coliseum.

Miguel de Cervantes, failed playwright, poet and tax collector, has been thrown in jail by the Spanish Inquisition for daring to tax a monastery.

Awaiting trial Cervantes is hailed before a kangaroo court of his fellow prisoners; thieves, cutthroats and trollops who propose to confiscate his meagre possessions one of which is the uncompleted manuscript of a novel called “Don Quixote.” Cervantes, seeking to save it, proposes to offer a novel defence in the form of entertainment.

As Cervantes and his servant transform into Don Quixote & Sancho Panza, his wild imagination leads them into a campaign to restore the age of chivalry, to battle evil and right all wrongs.

WHO’S IN IT? MAN OF LA MANCHA CAST

Written by Dale Wasserman with music by Mitch Leigh and lyrics by Joe Darion.

Directed by Lonny Price with set design by James Noone, lighting design by Rick Fisher and sound design by Mick Potter. Man of La Mancha is conducted by David White.

Why book Man of La Mancha tickets with us? 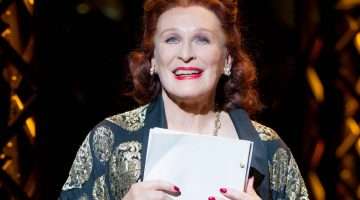