Natasha Gordon’s debut play Nine Night is a touching and funny exploration of the rituals of family.

Following a critically acclaimed run at the National Theatre, Nine Night transfers to the West End for a limited season.

Directed by Roy Alexander Weise (The Mountaintop), Nine Night is the first West End play to be written by a black British female playwright.

Nine Night is booking from 1 December 2018 until 23 February 2019 at Trafalgar Studios, London.

Gloria is gravely sick. When her time comes, the celebration begins; the traditional Jamaican Nine Night Wake. But for Gloria’s children and grandchildren, marking her death with a party that lasts over a week is a test. Nine nights of music, food, sharing stories – and an endless parade of mourners.

WHO’S IN IT? NINE NIGHT CAST

Why book Nine Night tickets with us? 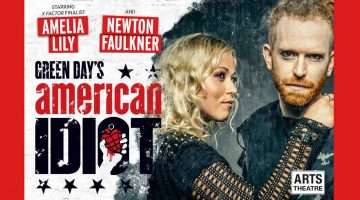