The highly anticipated stage adaptation of Paula Hawkins’ bestselling novel The Girl on the Train has opened to crushingly low star ratings and harsh reviews at the West Yorkshire Playhouse.

Paula Hawkins’ novel was an international phenomenon selling over twenty million copies worldwide. With a plot line that keeps you guessing right until the end, the play adaptation tells the story of Rachel Watson who longs for a different life.

A chronic alcoholic, Rachel’s only escape is the perfect couple she watches through the train window every day, happy and in love. Or so it appears. When Rachel learns that the woman she’s been secretly watching has suddenly disappeared, she finds herself as a witness and even a suspect in a thrilling mystery in which she will face bigger revelations than she could ever have anticipated.

Joe Murphy directs an adaptation of the 2015 thriller with Jill Halfpenny playing an amateur sleuth drawn to the case of a missing woman.

Here you feel that an eerily compelling novel, with its multiple narration and Hitchcockian voyeurism, has been turned into a workmanlike thriller and you focus more on what is missing than on any minor gains.

It’s one thing to give female protagonists agency, but it doesn’t need to be detective agency.

Joe Murphy does a decent job of staging the action and Lily Arnold’s design suggests we are glimpsing events through an enlarged carriage window.

Jill Halfpenny captures well Rachel’s dogged determination to get to the root of the truth, Colin Tierney is sympathetic as the cop.

Hawkins’s book resists adaptation and should be left in the hands of enthralled readers.”

Rachel Wagstaff and Duncan Abel’s version is as appealing as a British Rail sandwich: it has the capacity to get up the noses of the novel’s fans and may leave such a rancid aftertaste it might put people off theatre for good.

They’ve hacked away the description, voyeuristic and self-scrutinising, that gives the writing its lyrical lilt – saving only a bare sprig for the end.

Don’t say you weren’t warned: on all points, failure.”

If you were coming to the production with little knowledge of the source material, you’d struggle to understand its popularity.

For most of the first half, the play feels like a particularly pedestrian episode of Law and Order.

Major revelations are robbed of their emotional wallop and, given that the production is supposed to be a thriller, it delivers very few thrills.”

This is a train wreck. Paula Hawkins’s 2015 novel was a phenomenal publishing success.

The adaptors Rachel Wagstaff and Duncan Abel have assiduously erased every element that gives Hawkins’s otherwise rather workmanlike prose its queasy, prickly compulsion.

They’ve done away with the multiple viewpoints and blurred identities in favour of endless static, shouty face-offs and painful dialogue, strewn with walloping lumps of exposition and weak jokes.”

What makes this adaptation so impressive is that, whether or not you know the book or film, it still works.

The simple, but effective, staging which revolves around a single set adds to the sense of isolation that pervades this clever modern fable.

Jil Halfpenny not only heads an impressive cast she steals the show.”

Find tickets to The Girl On The Train at the Duke of York’s Theatre, London

The Girl On The Train transfer to London’s West End and is now booking from 23 July 2019 until 17 August 2019 at the Duke of York’s Theatre, London. 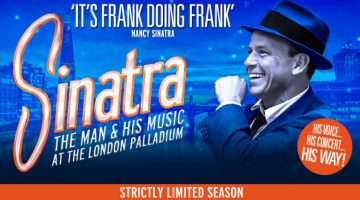