We are not sure how long it took Stephen Sondheim’s friend John Logan to come up with his new HBO drama about a famous, gay, middle-aged Broadway composer who lives a self-destructive life full of booze and coke, and who then has a heart-attack.

Legendary Broadway composer Sondheim, who is gay and has admitted in the past to being a good drinker and taking coke in his early days, had a heart-attack at 49. 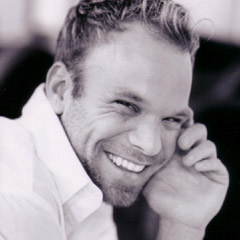 Norbert Leo Butz to star in The Miraculous Year

HBO has recently insisted that similarities between Terry Segal and Sondheim are purely coincidental, with the broadcaster commenting that, “Terry Segal is a fictional character, not based on anyone”.

Needless-to-say Logan and the very private Sondheim aren’t getting on so well at the moment and that the script is undergoing some changes, including Segal suffering an aneurysm rather than a heart attack.

The project has attracted some big names, with recent Best Picture Oscar winner Kathryn Bigelow directing the pilot, and a cast that redefines STAR POWER, and includes Susan Sarandon in the recurring role of Patty Atwood, the director and choreographer of the play-within-the-show. Plus Patti LuPone will play Veronica, a Broadway star (she should be able to manage that!); Hope Davis (American Splendor) is Mandy Vance, Terry’s sister and a corporate lawyer; Frank Langella (Nixon in Frost/Nixon) is Alex Segal, Terry and Mandy’s father, and a world-class painter; and Elaine Cassidy (Harper’s Island) will play Brona McKinney, Terry’s assistant. 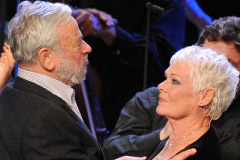 Production on the pilot began at the end of July in New York.

Hopefully we might know a bit more about the real Stephen Sondheim, who is currently celebrating his 80th year, from the Random House book he is working on, to be launched in October. Called Finishing the Hat, the book has an intriguing subtitle, “Collected Lyrics (1954-1981) with Attendant Comments, Principles, Heresies, Grudges, Whines and Anecdotes”, and will feature his lyrics alongside never-before-published songs. Its publicity promises “a rare personal look into his life as well as his remarkable productions”, and is to be “penetrating and surprising, poignant, funny and sometimes scathing”.

Bring it on, or others may tell your story for you.

Pre-order Sondheim’s Finishing The Hat and save £10.50

Pinocchio comes to life at the National