The highly anticipated musical opens tonight at the London Coliseum

Images have been released offering a first glimpse of Michael Ball and the Company of Chess. 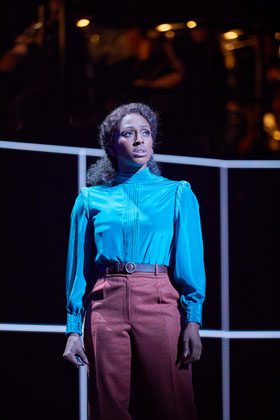 Chess returns to the West End for a limited 5 week season for the first since it premiered at the Prince Edward Theatre over 30 years ago starring Elaine Paige.

Written in 1984 by ABBA songwriters Benny Andersson and Björn Ulvaeus, and Tim Rice (Jesus Christ Superstar, The Lion King, Evita), Chess is a story of love and political intrigue, set against the background of the Cold War, in which the US and USSR attempt to manipulate an international chess championship for political ends.

Chess is booking until 2 June 2018 at the London Coliseum.