IAN MCKELLEN in Ian McKellen On Stage - With Tolkien, Shakespeare, others and YOU

Ian McKellen has enjoyed an illustrious career on stage, not least inhabiting some of Shakespeare’s most iconic roles including Hamlet, Macbeth, Iago, Richard II and III as well as in previous productions of King Lear as Edgar, Kent and in the title role. He was last on stage in the West End in Jonathan Munby’s celebrated production of King Lear at the Duke of York’s Theatre.

Ian achieved worldwide fame for his notable film roles, which include the titular King in Richard III (1995), James Whale in Gods and Monsters (1998), Magneto in the X-Men films, and Gandalf in The Lord of the Rings and The Hobbit trilogies.

Other work includes ITV sitcom Vicious alongside Derek Jacobi, The Da Vinci Code, The Dresser and the voice of Cogsworth in the live-action adaptation of Disney’s Beauty and the Beast. 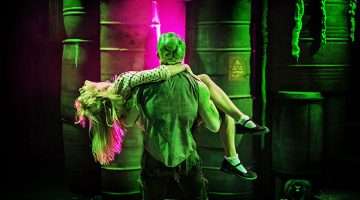