A Monster Calls at The Old Vic Theatre

ABOUT A Monster Calls

On publication, A Monster Calls became a bestseller with children and adults alike with its dazzling insight into love, loss and healing. It garnered huge critical acclaim, including an unprecedented double win of the Carnegie and Greenaway Medals for outstanding children’s literature and illustration.

‘Stories are wild creatures, the monster said. When you let them loose, who knows what havoc they might wreak?’

Thirteen-year-old Conor and his mum have managed just fine since his dad moved to America. But now his mum’s very sick and she’s not getting any better. His grandmother won’t stop interfering and the kids at school won’t look him in the eye.

Then, one night, at seven minutes past midnight, Conor is woken by something at his window. A monster has come walking. It’s come to tell Conor tales from when it walked before. And when it’s finished, Conor must tell his own story and face his deepest fears.

WHO’S IN IT? A MONSTER CALLS CAST

Based on the novel by Patrick Ness, inspired by an idea by Siobhan Dowd, devised by The Old Vic Company and written by Adam Peck.

Why book A Monster Calls tickets with us? 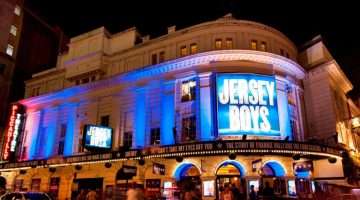