Tootsie – A New Comedy Musical
Venue To Be Announced.


ABOUT Tootsie - A New Comedy Musical

Nominated for 11 2019 Tony Awards, including Best Musical, Tootise – A New Comedy Musical will open in London’s West End in 2021.

The musical stage adaptation of the hit 1980’s film has received a 21st century makeover with a score by David Yazbek (The Band’s Visit, The Full Monty) and book by Robert Horn (13).

Originally starring Dustin Hoffman as a talented but volatile, out of work actor who assumes a female alter ego to land a job, the film was a financial and critical success winning three Golden Globes and nominated for ten Academy Awards.

Tootsie – A New Comedy Musical will be directed by Scott Ellis.

Talented but with an impossible reputation, out of work actor Michael Dorsey is willing to do anything for a job – even if it means playing way against type.  When he disguises himself as an outspoken actress named Dorothy Michaels, he defies all odds to become a Broadway sensation. But as audiences fall for Dorothy and Michael starts to fall for the woman of his dreams, he’s learning that the hardest part of show business isn’t getting to the top… it’s keeping up the act.

WHO’S IN IT? TOOTSIE CAST

Why book Tootsie - A New Comedy Musical tickets with us? 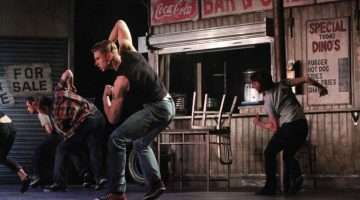