David Hare's The Moderate Soprano at the Duke of York's Theatre.

ABOUT The Moderate Soprano

The Moderate Soprano at the Duke of York’s Theatre

Few people know the extraordinary story of how an eccentric English schoolmaster bumped into three refugees from Hitler’s Germany and formed one of the world’s great opera houses.

David Hare’s acclaimed new play on the origin of Glyndebourne comes to London’s Duke of York’s Theatre in Spring 2018.

The two great passions in John Christie’s life were opera and a beautiful young soprano, Audrey Mildmay, with whom he was completely smitten.

Together with his formidable drive, they fuelled what many first saw as a monumental folly in the South Downs.

WHO’S IN IT: THE MODERATE SOPRANO CAST

The cast is led by Roger Allam (La Cage Aux Folles, Money) and Nancy Carroll (After the Dance, Call The Midwife).

Written by David Hare, directed by Jeremy Herrin with design by Bob Crowley.

Why book The Moderate Soprano tickets with us? 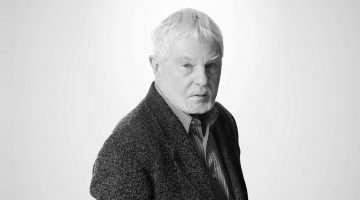 Derek Jacobi signs on to Kenneth Branagh’s Romeo and Juliet