First look at Jonathan Bailey and cast rehearsing for The York Realist at Donmar Warehouse.

The ‘Broadchurch’ and ‘W1A’ actor is joined by ‘Death In Paradise’ Benn Batt as well as Lesley Nicol, best known as Mrs Patmore from the ITV series ‘Downton Abbey’.

Bailey returns to the stage following his stunning performance as Edgar in Ian McKellen’s King Lear at Chichester last year.

Set in 1960s Yorkshire, Jonathan Bailey and Ben Blatt play two young men in love, with the play being a touching reflection on the rival forces of family, class and longing. 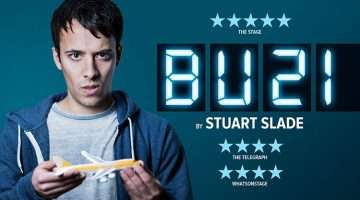