New cast portraits have been released for Wicked as it flies into its 12th West End year.

In celebration of the production’s birthday, a series of stunning new principal cast portraits, by photographer Darren Bell, have been released.

The smash hit musical that tells the incredible untold story of the Witches of Oz, will become the 15th longest running show in London theatre history on 19 October 2017, when it surpasses the run of We Will Rock You.

With music and lyrics by Oscar winner Stephen Schwartz, a book by Winnie Holzman and direction by Tony Award winner Joe Mantello, Wicked opened at the Apollo Victoria Theatre on 27 September 2006 (previews from 7 September 2006) and has been wildly successful ever since. On any given morning you will find people queuing for days seats outside the theatre in Victoria. 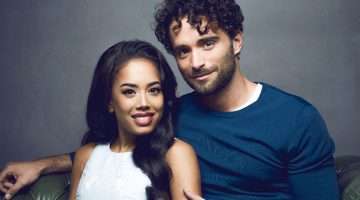