BOOK NOW: Educating Rita at the Trafalgar Studios – Save £27.50

Two of Willy Russell’s best known plays,  Educating Rita and Shirley Valentine, are currently running at the Trafalgar Studios in London for a limited run.

The productions, which originally premiered at the Menier Chocolate Factory, have been a critical and audience hit since they transferred to the West End.

And now westendtheatre.com presents a very special offer on Educating Rita, which stars Tim Pigott-Smith and Laura Dos-Santos, and is directed by Jeremy Sams, who will direct Andrew Lloyd-Webber’s new production of The Wizard of Oz early next year.

Willy Russell’s much-loved play follows a young, brash hairdresser who, much to the dismay of her husband, has recently discovered a passion for English literature and enrols with the Open University.  Her fresh, unschooled reaction to the classics challenges the attitudes of the university and her lecturer Frank who begins to question his own understanding of his work and himself.

[rating:4]
“Willy Russell is a dramatist of exceptional warmth and humanity” – Evening Standard

[rating:4]
“Memorable and Joyous” – The Independent

BOOK NOW: Educating Rita at the Trafalgar Studios – Save £27.50 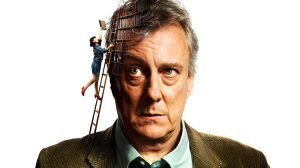