In rehearsal: Take That musical The Band

First look at rehearsal images of The Band

Rehearsal images have been released of Tim Frith’s new musical The Band.

The highly anticipated show from Calendar Girls scribe uses songs from Take That and tells an original new story about what it’s like to grow up with a boyband. 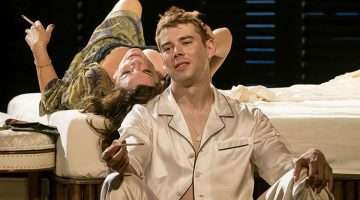