A glorious new production of Follies at the National Theatre

Images of Stephen Sondheim’s Follies have been released ahead of it’s opening later this week at the National Theatre.

Directed by Dominic Cooke, the stunning set and costume design is by Vicki Mortimer with lighting by Paule Constable (Angels in America).

Set in New York, 1971, thirty years after their final performance the Follies girls reunite at the soon to be demolished Wiseman Theatre to have a few drinks, sing a few songs and lie about themselves.

It focuses on two of the former chorus girls — Sally (Staunton) and Phyllis (Dee) — who turn up with their husbands in tow, and revisit the ghosts of Follies past.

For those unable to get tickets to the highly anticipated production , Follies will be broadcast to cinemas on 16 November 2017 via NT Live.

Follies runs until 3 January 2018 at the National Theatre. 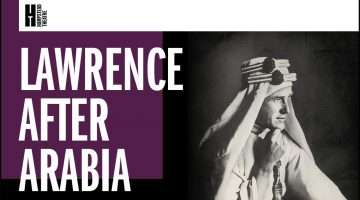 Lawrence After Arabia at the Hampstead Theatre