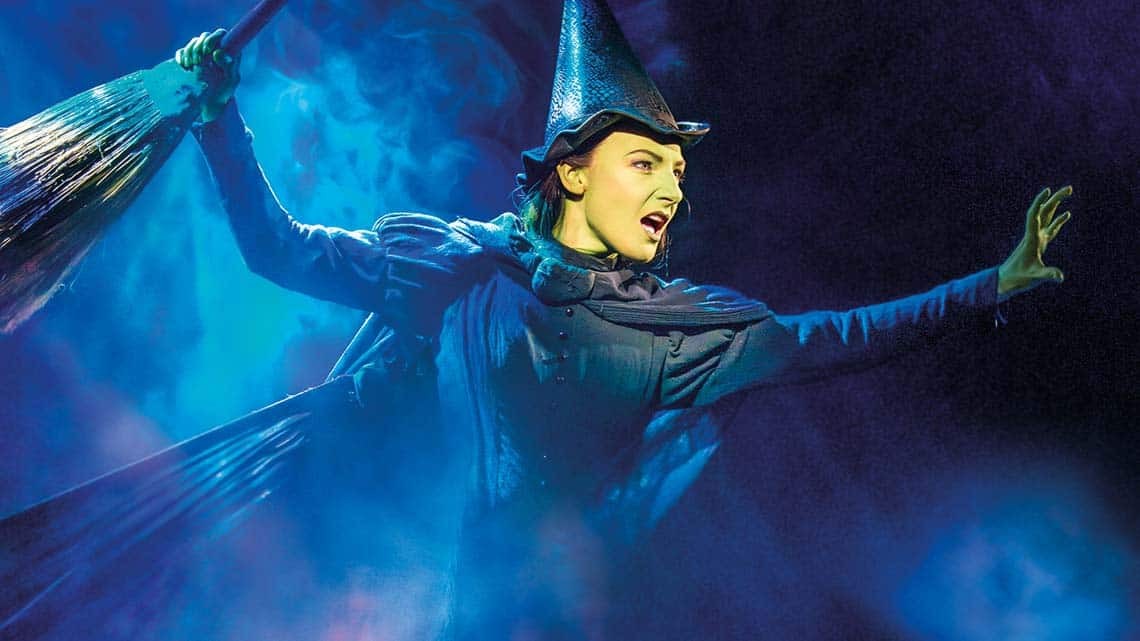 The much loved musical released 500,000 tickets with its 24th booking extension and is now booking until 1 December 2018.

Wicked is currently the 16th longest running show in West End theatre history and will celebrate its 11th birthday on 27 September 2017 at London’s Apollo Victoria Theatre.

Based the novel by Gregory Maguire that ingeniously re-imagines the stories and characters created by L. Frank Baum in ‘The Wonderful Wizard of Oz’, Wicked tells the untold story of two sorcery students in the land of OZ, who ultimately fulfil their destinies as Glinda The Good and the Wicked Witch of the West.

Wicked has music and lyrics by multi Grammy and Academy Award-winner Stephen Schwartz (Godspell, Disney’s Pocahontas, The Hunchback of Notre Dame and Enchanted and is directed by two-time Tony Award-winner Joe Mantello.

UPDATE: Wicked is booking until 23 May 2020 at the Apollo Victoria Theatre, London.