Final casting has been announced for Dick Whittington at the London Palladium.

Emma Williams currently plays Helen Walsingham alongside Charlie Stemp (Dick Whittington) in Half A Sixpence at the Noel Coward Theatre, having previously played the role at Chichester Festival Theatre.

Emma returns to the London Palladium where she made her West End debut as Truly Scrumption in the original cast of Chitty Chitty Ban Bang.

Lukus Alexander’s recent theatre credits include the UK Tour of The Who’s Tommy, Dick McWhittington at the SECC, Glasgow, Dick Whittington at the Theatre Royal, Plymouth, Guys and Dolls at Cambridge Arts Theatre and Doctor Atomic at the London Coliseum.

The highly anticipated London Palladium Pantomime this Christmas tells the rags to riches tale of Dick Whittington and his cat on an exciting quest for fame and fortune.

Dick Whittington will run from 9 December 2016 until 14 January 2017 at the London Palladium. 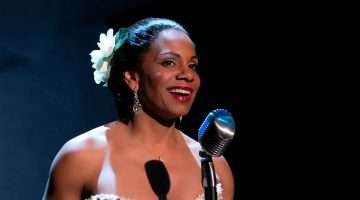