The Woman in White

ABOUT The Woman in White

A tempestuous tale of love, betrayal and greed, adapted from Wilkie Collins’ haunting Victorian thriller, this is the premiere of Andrew Lloyd Webber and David Zippel’s revised score.

Featuring one of Andrew Lloyd Webber’s greatest and most romantic scores, The Woman in White premiered in the West End in 2004. Now, in its first major revival, Andrew Lloyd Webber and David Zippel have revisited their original work to refresh the storytelling for a new generation of theatregoers.

Walter Hartright’s life is changed forever after a chance encounter with a mysterious woman, dressed in white, desperate to reveal her chilling secret.

When he takes up his position as drawing master to the beautiful Laura Fairlie and her half sister, Marian, he sees in Laura’s face an eerie reflection of the forlorn creature he met previously. Walter and Laura’s feelings for each other are thwarted by her engagement to the sinister Sir Percival Glyde.

What is the connection between, Laura, Sir Percival, and the woman in white? Can true love prevail?

Why book The Woman in White tickets with us? 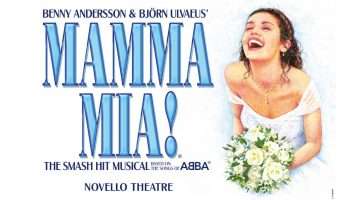