Long Day’s Journey Into Night at the Wyndham's Theatre

ABOUT Long Day’s Journey Into Night

An unashamedly autobiographical account of O’Neill’s own life, Long Day’s Journey Into Night is considered one of the most powerful American plays of the 20th century.

Haunted by the past but unable to face the truth of the present, James and Mary Tyrone and their two sons test the bonds of a family caught in a cycle of love and resentment.

As day turns to night and each member of the family indulges in their vices, the truth unravels leaving behind a quartet of ruined lives.

Directed by Sir Richard Eyre, with design by Rob howell, lighting by Peter Mumford and sound by John Leonard.

★★★★★ An intense, electrifying production – Mail on Sunday
★★★★ A production tantalisingly close to perfection – The Times
★★★★ Jeremy Irons and Lesley Manville shine with sexual passion and rage – The Guardian

Why book Long Day’s Journey Into Night tickets with us? 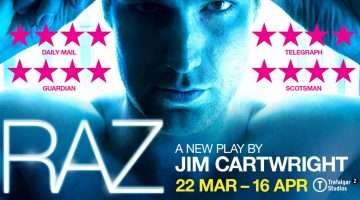