Celebrating its 15th sensational year in London, Stomp is now fresher, faster and funnier than ever before. 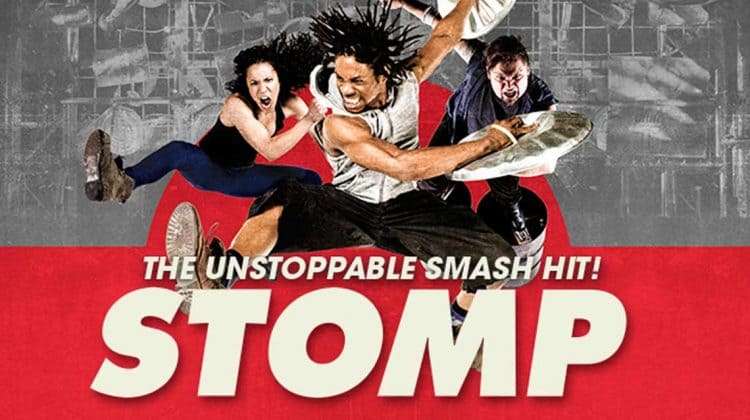 Celebrating its 15th sensational year in London, Stomp is now fresher, faster and funnier than ever before.

An internationally renowned, multi-award winning show has an explosive and energetic combination of theatre, dance, comedy and percussion.

Eight performers use everything from Zippo lighters, plastic bags, bin lids and even the kitchen sink to hammer out an explosively feel good rhythm.

STOMP runs until 7 January 2018 at the Ambassadors Theatre.

Age Restrictions: No under 5s.

Security Check: We recommend patrons arrive at least 15mins in advance of the show start time. Please note that the theatre are no longer accepting bags into the theatre cloakrooms. The AmbassadorsTheatre will continue to carry out bag searches and accept there may be some delays to patrons, please be aware that your bags will need to be checked before being seated.

Seating:  Stalls Rows O-R are slightly restricted view due to the overhang of the Circle.

Why book Stomp tickets with us?