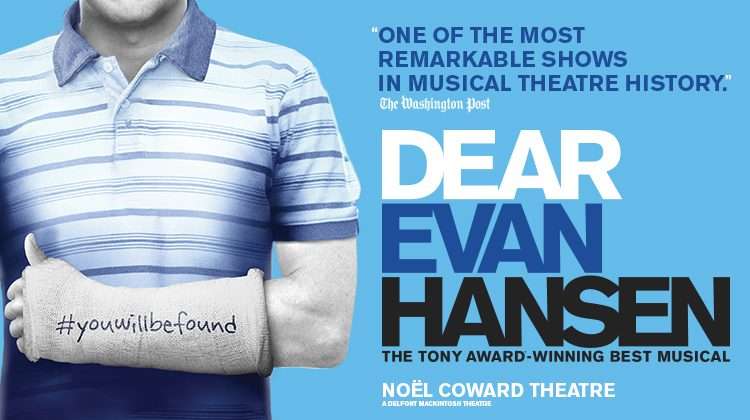 From the award-winning songwriters behind The Greatest Showman, DEAR EVAN HANSEN is a deeply personal and profoundly contemporary new musical about life and the way we live it.

DEAR EVAN HANSEN has struck a remarkable chord with audiences and critics everywhere. The Washington Post calls it “one of the most remarkable shows in musical theatre history.”

There is a strictly-enforced limit of 6 tickets per person, per booking period.

Buy DEAR EVAN HANSEN tickets at the Noel Coward Theatre by using the Search Box at the top of the page or by clicking the Buy Now button above. You will be purchasing tickets via our preferred ticketing partner Encore Tickets, who are a fully bonded and licensed ticketing company and members of STAR - the Society of Ticket Agents and Retailers. Encore offer real-time ticketing with confirmed seat locations at the time of booking so you know your seat numbers before you book your DEAR EVAN HANSEN tickets.

Why book DEAR EVAN HANSEN tickets with us?