Jez Butterworth and Sam Mendes deliver a shattering tale of passion and violence. One not to be missed. 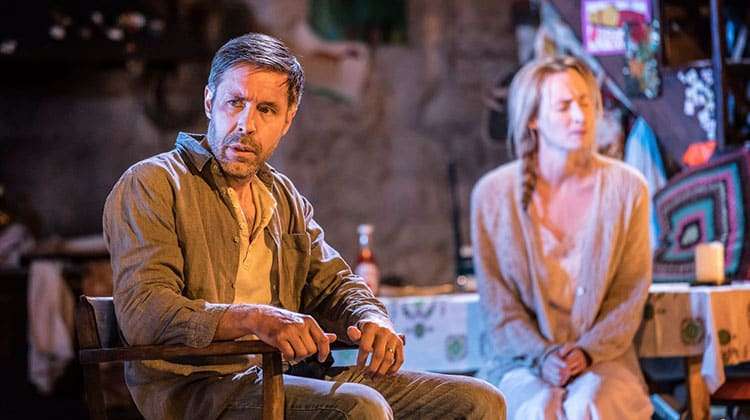 A reviews round-up for The Ferryman at the Royal Court Theatre.

Already the fastest selling production in the Court’s history, the sold-out run, has received a unanimous 5-stars from all the major critics.

Butterworth’s beautiful dramatisation of politics and private life in Northern Ireland combines the gangland politics of his first hit, Mojo, with the rural rituals of his later work including Jerusalem and then some.

Sam Mendes return to his theatrical roots with this ‘powerful’ production involving a large and constantly moving cast.

Paddy Considine, who makes his stage debut, is commended for his contained yet charismatic performance as reformed IRA activist, with Laura Donnelly, Dearbhla Molloy, Genevieve O’Reilly and Bríd Brennan also getting call-outs.

Described as ‘shattering’, ‘stunning’, ‘bold’ and ‘easily the best new play of the year’ Jez Butterworth and Sam Mendes have delivered a shattering tale of passion and violence. One not to be missed.

“Butterworth and Mendes deliver shattering tale of passion and violence”

“a rich, serious, deeply involving play about the shadows of the past and the power of silent love. Only in the final moments of a play that runs well over three hours did I question Butterworth’s mastery of his material.”

“the power of Mendes’s terrific production.. lies in its ability to combine scrupulous naturalism with a sense of the mysterious. Astonished gasps greet the presence of real rabbits, a goose and even a baby on stage. But one tiny moment illustrates Mendes’s microscopic approach: the way Genevieve O’Reilly, as Quinn’s ailing wife, quietly averts her gaze as Donnelly’s Caitlin bustles about their communal kitchen speaks volumes about the plight of two women in love with the same man.”

“Miss this and you’ve missed a marvel.”

“there is a new warmth about Butterworth’s writing – which eschews the self-aware dialogue of yore and taps his own Irish-Catholic provenance (and arguably Irish masters like Friel and McGuinness too) for a vitality that memorably manifests itself in wild Dionysiac outbreaks of dancing.”

“Considine, making his stage-debut, and Laura Donnelly are perfect as the unrequited in-laws, Dearbhla Molloy is waspishly entertaining as a black-clad, die-hard Republican aunt and flame-haired Tom Glynn-Carney makes his libidinal mark as the most unruly of the teen visitors. If you notice the odd contrivance, the hypnotist author casts such a spell that you are barely bothered.”

‘Hard men and warm hearths…It is something special’

“fiercely gripping..teeming — with characters, plot, secrets, confessions, clashes political and sexual, betrayals, murders, ballads, poems, dancing, drinking, wrestling and the wails of banshees, whose reality is not to be doubted.”

“The terrific cast — led by Paddy Considine and directed with a racing pulse by Sam Mendes — numbers 21, and that’s not counting the baby, the rabbit and the goose.”

“Like everything else in “The Ferryman,” those nonspeaking performers are indisputably alive.”

“as he demonstrated in his astonishing “Jerusalem,” seen on Broadway in 2011, Mr. Butterworth specializes in making what might be too much from anybody else feel somehow exactly right.”

“The acting is pretty spectacular all round. Paddy Considine is contained, quiet yet charismatic as Quinn, but it’s Laura Donnelly’s Caitlin – in love with man she can’t have, while tied to man she has long since done her grieving for – who makes the play’s heart beat.”

“Though The Ferryman is compelling even in its quiet moments, the play doesn’t entirely justify its mammoth running time and the violent tying together of the various threads feels a little rapid – if genuinely shocking. The last few moments will knock the wind out of you.”

“All the fuss was largely justified.”

“With a light touch, Butterworth gets due metaphoric mileage, however, out of Virgil’s Charon, the ferryman of the title, who is forbidden to give passage to only two types of soul in the Underworld: those whose bones are unburied and those that lie to the innocent.”

“The piece is not as original as Jerusalem, but it has the feel of unearthed, instant classic.”

“‘The Ferryman’ is vast, a play that’s formally conventional but has an ambition that’s out of this world, a sense that it wants to be about EVERYTHING. And insofar as is realistically possible, it succeeds.”

“Mendes choreographs everything to perfection.”

“And when the climax you half suspect is coming, comes, it is like a final, epoch ending volcanic eruption, the play’s carefully constructed emotional checks and balances detonating in a maelstrom of violence and feeling that left me genuinely stunned.”

“Jez Butterworth tapped into England’s green and pleasant land in “Jerusalem,” summoning ancient feet and pagan spirits to the stage.

“The Ferryman,” his first major play since that mega-hit, dredges the depths of Northern Ireland’s bogs and digs up a lot of old bones along the way.

A ripping thriller in a big family home, stuffed with eccentricity and black comedy, it swells into an expansive examination of Unionist history, politics and identity, as tied up with the IRA.

At the center of Sam Mendes’ exquisite staging, Paddy Considine (“Tyrannosaur”) puts in a phenomenal performance as a father fighting against his past.”

“a triumphant show that fully justifies the hype — and even manages to debunk the old platitude that you should never work with animals or children.”

“There are some similarities here to Butterworth’s last smash hit, Jerusalem, not least a sense of the mystique of rural life. Yet The Ferryman has its own distinct tang of humour and menace. A feast of intricate storytelling, it’s absorbing, soulful and ultimately shattering.” 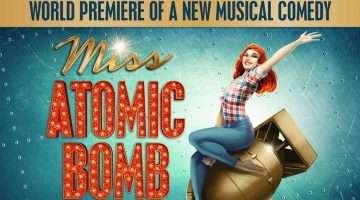