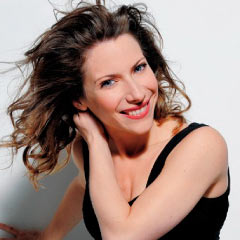 By the time 2012 is out, Elena Roger is going to be considerably more famous than she is now.

That’s because Michael Grandage’s 2006 production of Andrew Lloyd Webber and Tim Rice’s Evita is to be revived on Broadway in Spring 2012 starring Roger as Eva Peron, and joined by Latino superstar Ricky Martin as Che.

The Argentinean actress won an Olivier award for her role in the show – and if the reaction to her London performance in that role is anything to go by, America is going to fall in love with her.

She followed Evita in London with a 2009 Olivier Award win for her performance as Edith Piaf  in the Jamie Lloyd directed Piaf at the Donmar Warehouse and in the West End.

And she is about to return to the Donmar to star in a revival of Stephen Sondheim’s Passion alongside Scarlett Strallen and David Thaxton, again directed by Jamie Lloyd.

The show is part of the Donmar’s celebration of Stephen Sondheim’s 80th birthday, that will also include concert performances of Merrily We Roll Along and Company at the Queen’s Theatre, featuring members of the original Donmar productions including Anna Francolini, Adrian Lester, Clive Rowe, Michael Simkins and Sophie Thompson in Company and Daniel Evans, Julian Ovenden and Samantha Spiro in Merrily We Roll Along. 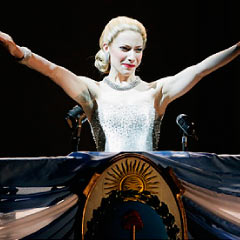 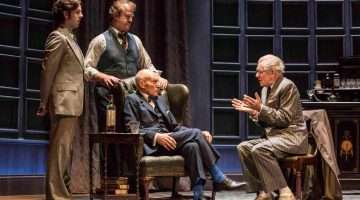