Whilst details are sketchy, audiences have been told to expect a spellbinding theatrical experience that ‘challenges us – in the most jaw-dropping way – to take a closer look at the stories and beliefs that guide our lives.’

Acknowledged as one of the world’s most renowned live performers; a dark manipulator of magic and mind control Derren’s award winning show continually delight and astound audiences.

Brown’s new show marks his return to live performance following his 2015 show Derren Brown: Miracle, where he announced he would take a break from touring. 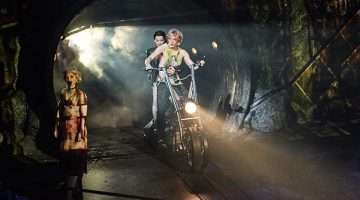