A journey through memory and verse, the play collates the work of the twentieth century’s most treasured poet

John Betjeman was the nation’s favourite poet. Sand in the Sandwiches celebrates a man famous not only for light verse and laughter, but for his passions, his sense of purpose and his unforgettable poetry. Through boyhood, his adolescence, to life as Britain’s Poet Laureate, Sand in the Sandwiches presents a hugely entertaining insight into the world of this much-loved irreverent writer.

Edward Fox’s distinguished career counts iconic British films including the Oscar winning Ghandi, The Day of the Jackal, A Bridge Too Far, Oh! What a Lovely War, The Dresser, The Go-Between, A Doll’s House, Pride and Prejudice, Robin Hood, Nicholas Nickleby, Force 10 from Navarone and James Bond’s Never Say Never Again. His stage credits include: The Audience, Four Quartets, Hamlet, An Evening with Anthony Trollope, Letter of Resignation and many more.

Directed by Gareth Armstrong with designs by Fotini Dimou, lighting by Howard Harrison and sound by Simon Slater. Sand in the Sandwiches is produced by Jonathan Church, Oliver Mackwood Productions and Oxford Playhouse.

Running Time: 1 hour 50 minutes Important Info: The play contains some strong language and references to acts of a sexual nature.

News about Sand in the Sandwiches
More > 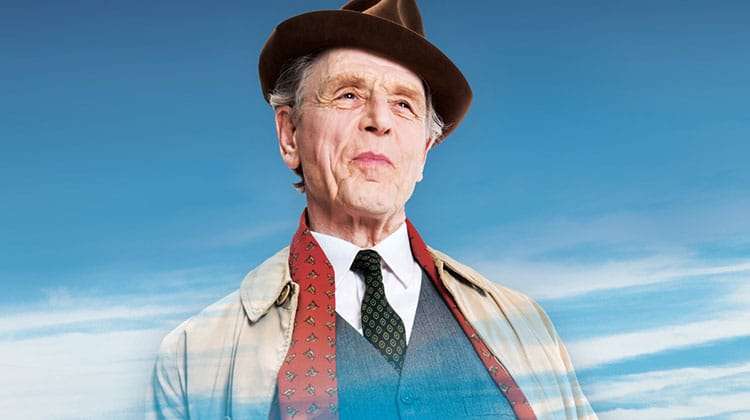