Lost Without Words - a theatrical experiment at the National Theatre 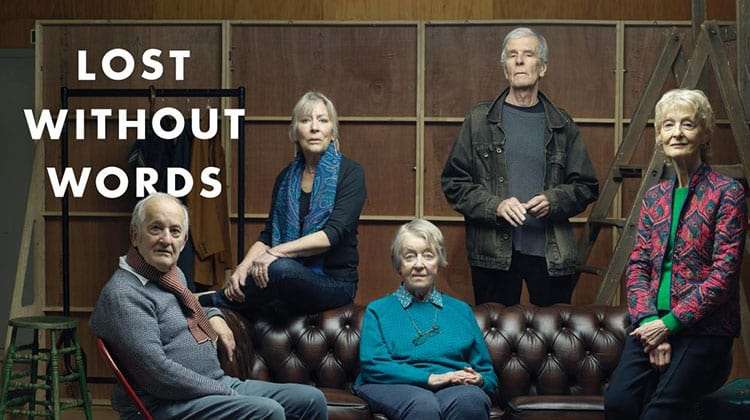 ABOUT Lost Without Words

Lost Without Words at the Dorfman – National Theatre

Imagine older actors in their 70s and 80s, actors who have spent their lives being other people, bringing life to other people’s words. Imagine they were on stage with nothing but themselves and no words but their own. No script, no map, a different show every night, all they have is a lifetime of theatre to help them find their way.

Directed by Phelim McDermott and Lee Simpson with lighting design by Colin Grenfell and music by Steven Edis.

Why book Lost Without Words tickets with us?