In rehearsal with Gary Barlow’s Girls

The Girls begins previews at the Phoenix Theatre this month

Rehearsal images have been released of Gary Barlow and Tim Firth’s new musical comedy The Girls.

Based on the true story, film and stage play of Calendar Girls, this new musical comedy features original music by Gary Barlow and lyrics by Tim Firth, who wrote the original screenplay and West End play.

The production follows the real life story of a Women’s Institute group who decide to fund-raise for a local hospital by posing nude for a calendar and inadvertently become media sensations.

The production stars Debbie Chazen (Topsy-Turvy, Smoking Room, Psychoville), Sophie-Louise Dann (Bend It Like Beckham, Made in Dagenham, Lend me a Tenor in the West End), Michele Dotrice (Nell Gwynn, The Importance of Being Earnest and When We Are Married in the West End and BBC1’s Some Mothers Do ‘Ave ‘Em), Claire Machin (My Fair Lady, Mary Poppins, Betty Blue Eyes and Memphis), Claire Moore (Miss Saigon, The Phantom of the Opera, Les Miserables and London Road) and Olivier Award-winner Joanna Riding (Carousel, My Fair Lady).

Attending the rehearsal were some of the original Yorkshire calendar girls. 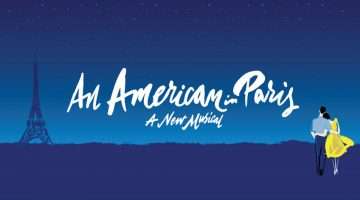 An American in Paris heading to the West End?