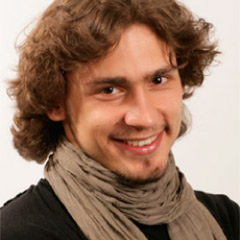 You know there’s something going on when a Russian ballet star, who doesn’t speak lots of English, makes an appearance on Andrew Marr’s Sunday morning TV sofa alongside that other man of the moment, Peter Mandelson.

Ivan Vasiliev is currently starring in the Bolshoi Ballet’s production of Spartacus at the Royal Opera House (until 31 July) as part of the Bolshoi’s Summer season in London. And to say he is making a slight stir is quite an understatement.

He already made a big impact back in 2007 when he appeared with the Bolshoi at the Coliseum. But since then he has risen to global ballet star proportions.

Most press about Ivan centres on his legs, which are stockier than your average world-leading ballet boy, but give him a level of speed, agility, grace and power not seen for quite a while. The boy can jump.

Born in Vladivostok, he graduated from the Belarusian State Choreographic College in 2006 and went straight to the Bolshoi Ballet Theatre of Belarus as a principle dancer. He’s played numerous roles including Solar in La Bayadere and the Nutcracker-Prince in the Nutcracker, but it’s as Spartacus that sparks have really started to fly.

Alongside his performance as Spartacus at the Royal Opera House he will also play the title role in Petrouchka on 30 July, Conrad in Le Corsaire on 3 August and Basilio in Don Quixote on 6 and 8 August.

Tickets for the Bolshoi season are available from the Royal Opera House.